The latest additions for this year’s Slam Dunk Festival have been announced with Deaf Havana, King Prawn, Transit and Allister being some the new names.

The other names announced for the Leeds, Hatfield and Wolverhampton dates are Me Vs Hero, Yashin, The Word Alive, Our Last Night and Jonny Craig.

The announcement follows the previously announced lineup consisting of:

Visit slamdunkmusic.com for full information on all Slam Dunk 2013 events. 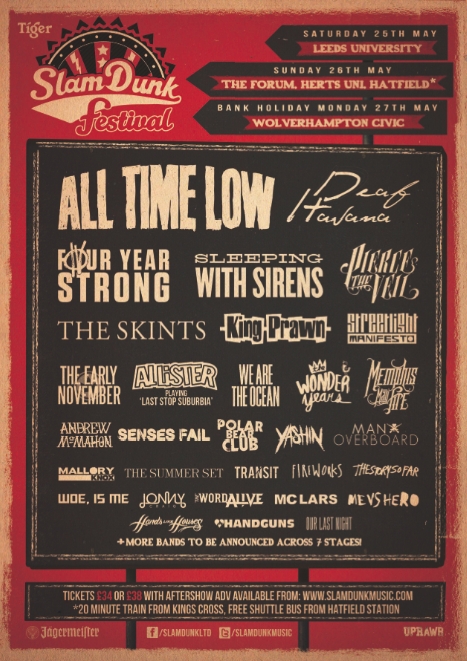