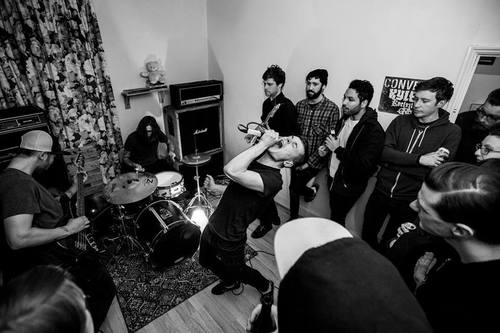 Recorded by Lewis Johns, the album can be pre-ordered on 12" vinyl at Wolf Town DIY and Barley Regal Records in the UK, ADAGIO830 in Europe, and Middle-Man Records in the U.S.

The album also can be heard in full on the band’s bandcamp, or you can hear it by clicking read more.