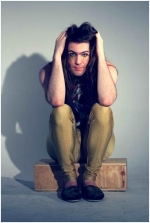 US power-pop glam-metallers Crown Jewel Defense, are set to release their self titled début album in the UK on January 14th 2013.

Crown Jewel Defense will be playing four UK shows alongside Octane Ok and Tantrum To Blind in January.