Crash of Rhinos Split Up 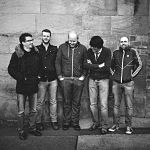 Derby emo/post hardcore quintet, Crash of Rhinos have called it a day. The band’s last album, ‘Knots’ was number five in our Top 10 Records of 2013 last year.

The band released the following statement:

“It is with with regret we have to tell you all that Crash is no more. We’ve had some incredible times. Some of the best times, met some of the best people, played with some of the best bands. Thank you to to anyone who bought Distal and/or Knots, shared them, came to see us live, bought a shirt, or gave us a place to stay. You’re the people that really made it work whilst it worked.

Extra special thanks to Luca Benni, Kevin Douch, Kevin Duquette and Seth Decoteau and Maurizio Borgna at To Lose La Track, Big Scary Monsters, Topshelf Records and T R I S T E for getting our late night jams out to people we never thought would hear us. The repress of Knots is currently available through these fine people.