Conjurer: No Slowing Down 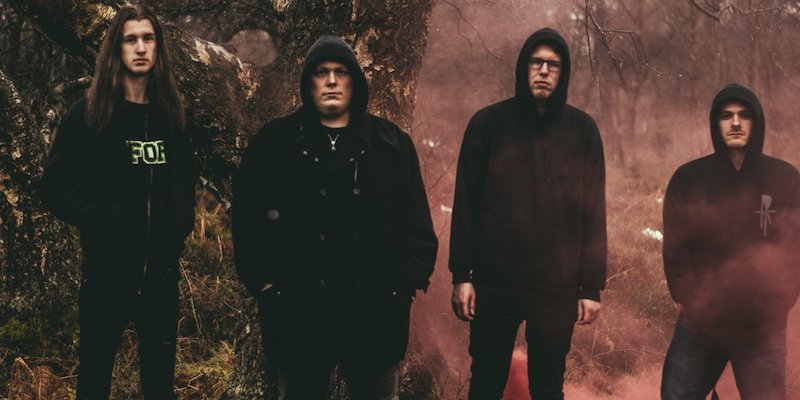 “We are always going to be heavy in one way or another, but in terms of how down-tuned we are, this is something that is going to change.”

In the year since the release of their debut album, Conjurer’s stock in the metal world has skyrocketed. From touring the USA to teenage dreams coming true, the Midlands quartet have had a whirlwind 12 months and things don’t show any signs of slowing down with the band heading out on a headline UK tour in October.

With festival season in full swing, you cannot move for the amount that Conjurer are dominating line-ups, pulling out incredible performances and winning even more fans along the way. However, the rapid rise for the band has been something that has taken its members by surprise. They admitted they didn’t realise how much legs debut record ‘Mire’ has had.

“Usually you release a record, do a tour off the back of that, maybe a few festivals and one-offs and then get back in the studio. But this has just kept going,” said vocalist and guitarist Dan Nightingale. “When we were talking about a second album after the initial release tour, we thought we were be going to be back in the studio pretty soon, but it just keeps getting pushed back, which isn’t a bad thing but this record has got some legs which we weren’t expecting.

“It’s like well now we’ve got this offer now and ‘oh this would be cool to do’, the ball is rolling now, and things aren’t as structured stock as we would have thought.”

With their stock rising over a hectic 12 months, Conjurer found themselves with the opportunity to spend the Spring on an extensive North American tour alongside Rivers of Nihil, Entheos, and Wolf King. For bassist Conor Marshall, he considers the run as a fortunate opportunity. “When you start a band and do the pubs and clubs circuit, you think that the US was a long way off. But we were lucky enough to do it off this run and it was an incredible experience.”

In addition, doing a long stint on the road on the other side of the pond has given the band a new perspective on touring. As Marshall explains, they had to learn on the job. “We had to adapt to things on the road really quickly, figure out what worked and what didn’t during our sets,” he adds. “As a whole though the States was incredible Gigs here [in the UK] as an audience by proxy we act like aren’t impressed we just stand nod our heads and take things in. Whereas in the States, they were cheering and going nuts throughout out sets which we weren’t used to, which was nuts.”

Nightingale agreed by adding: “During ‘Hollow’ there is a bit where I step away from the mic, and when that happened people, were cheering and shouting, and it was unusual to me because it was just something that I do, we didn’t expect what they were going to like it.”

Despite the band still enjoying playing the material of ‘Mire’ and being on the road still, the itch for new material is wanting to be scratch by the band. But for the four-piece aren’t about rushing and putting out new material for the sake of it, they want to put all the experiences they have learnt in the past 12 months into any new release they put out into the world.

Nightingale explains that the ideas floating around the Conjurer camp have a bit more emotion surrounding them, rather than just been heavy as hell. “We are always going to be heavy in one way or another, but in terms of how down-tuned we are, this is something that is going to change. But what we are writing at the moment is more emotionally heavy than just riff-heavy.

“The ideas are stronger rather than just putting pieces together. It now feels like a proper jigsaw where we need to figure out where all the pieces fit, whereas before it was a bit more like Lego. We have had to put a bit more thought into it. But it is a bit of a strange beast at the moment that we don’t have a clue how it is going to end up sounding.”

‘The Mire’ by Conjurer is out now on Holy Roar Records.

‘Curse These Metal Hands’ by Pijn & Conjurer is released on 16th August on Holy Roar Records.

Conjurer will be touring the UK on the following dates: