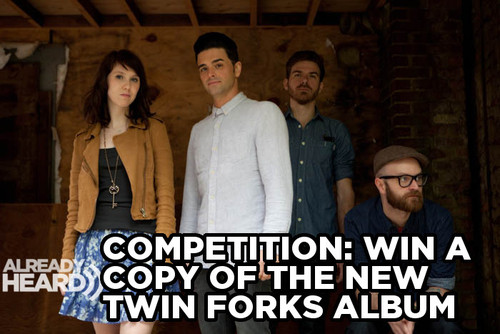 With members coming from bands such as The Narrative and Bad Books and fronted by Chris Carrabba of Dashboard Confessional and Further Seems Forever, ‘Twin Forks’ is a charming folk/Americana with Carrabba signature songwriting prowess at it centre.

Already Heard has teamed up with the band to give away 3 copies of the album.

The contest has now ended.