With less than a month to go, anticipation for Southampton’s Takedown Fest is slowly reaching fever pitch. The festival is headlined by Mallory Knox and will also see a variety of names from the alternative rock playing throughout the day; Charlie Simpson, The Blackout, InMe (performing ‘Overgrown Eden’ in full), Arcane Roots, Moose Blood, Fearless Vampire Killers, Decade and many more.

Without a doubt Takedown Fest is going to be the perfect way to kick off the UK festival season. Want to be there? Well thankfully Already Heard has teamed up with the good folk behind Takedown Fest to giveaway 2 tickets.

Winners will be picked at random and notified shortly after. 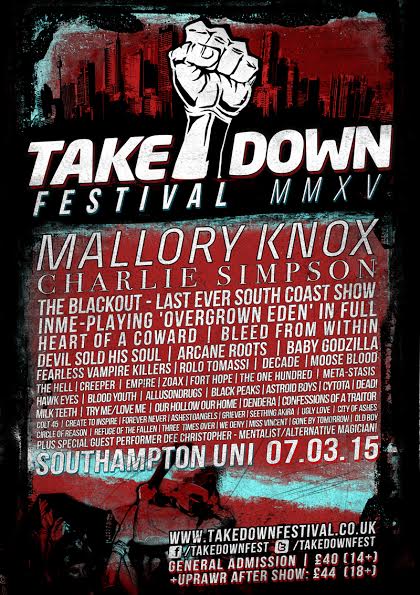