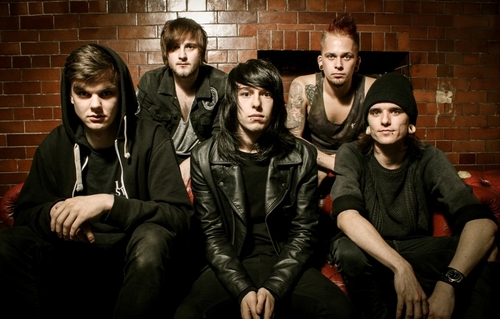 This week rising post-hardcore/metal band The Sun Never Set release their self-titled debut EP, and to mark the occasion Already Heard has teamed up with the band to giveaway 2 copies of the EP along with 2 t-shirts.

For a chance to win 1 of the 2 CD and t-shirt packages, all you have to do is the following:

“I want to win a @TheSunNeverSet CD + T-shirt from @AlreadyHeardUK”