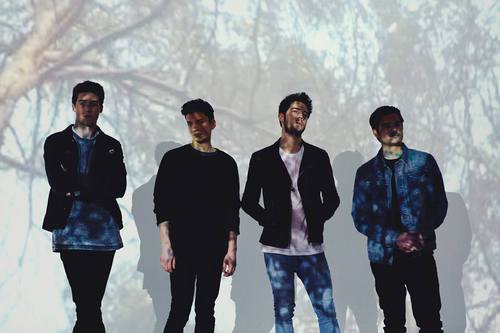 Canterbury have announced their split as a band and will be commemorate this with 3 final shows this December.

Having released three albums to their name, including this year’s ‘Dark Days’, the band announced their decision to break up via Facebook with the following statement.

We take this opportunity to say Thank You. Thank you to everybody who has at any point over the last 7 years, considered themself a fan of our band ‘Canterbury’. We have lived, breathed, and literally poured our entire existence into this musical adventure for the last 7 years, and that is why we feel great thanks are in order for everyone who has made it possible for us to make it work for so long.
It is with heavy, but extremely proud and high-held hearts, that we are announcing there are no plans to write, record and release another Canterbury album.

The three albums we have released, and the hundreds of shows that we have played as Canterbury, have given us years of joy, and the feeling of being able to have left a mark in musical history, as a band that started when we were just school mates, is a blissfully satisfying one.

It’s been an unforgettable journey since the very beginning, and although it might not have not got us to where we wanted to be, we have the satisfaction of knowing we did everything we could, the way that WE wanted to, with the utmost integrity, and the music will endure.

We never want to say never, but for now, it is time for us to put this chapter behind us

We are all the very best of friends, and we are all still very much musicians.

We are playing 3 very special shows at the end of the year; we would be very pleased to see as many of you as we can at them. We won’t be announcing any more, it’s just these 3, so if you can make it to one, please do.
We will finish off in London’s Islington Academy, and we fully intend on this being an absolute celebration of all that we have done, and everything we are about. That will be made possible with your help. The last thing we will ask from you as fans of our band.

There is so much more that we could, and will say, but for now, just one last time, Thank You.

Their final shows include the following: