Bury Tomorrow, Bleed From Within, Turbowolf, Gnarwolves and More Announced for Redfest 2013 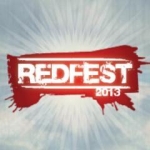 Bury Tomorrow and Bleed From Within have been announced as headliners on Redcore ‘In Your Face’ Stage at this years Redfest 2013 festival.

Bury Tomorrow will headline the stage on Friday 26th July with Hacktivist and Heart in Hand also playing on the same day.

Bleed From Within will headline the following day and will be supported by Turbowolf and Feed The Rhino.

Other bands set to appear over the weekend are Demoraliser, The James Cleaver Quintet, Idiom, Gnarwolves, Palm Reader, Zico Chain, The Call Back Academy, Empress, Legend in Japan, Freeze the Atlantic, God Damn, Of Fire And Fate and A Room Swept White.

Redfest 2013 sees the Redhill, Surrey festival expanding to three stages; The Main Stage, the Redcore ‘In Your Face’ Stage and the Boileroom Stage.

Early Bird tickets are just £58 (+ booking fee) and will end in early February when the first main stage headliner is announced.

More information including how to enter the ‘Road To Redfest’ competition can be found at Redfest.co.uk. 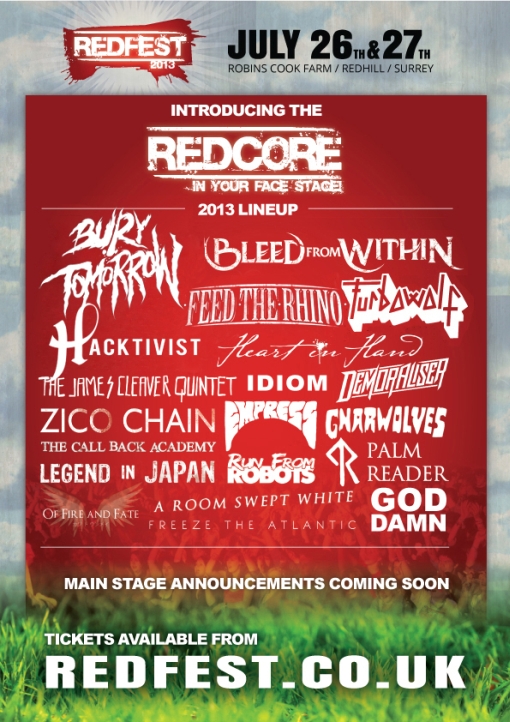