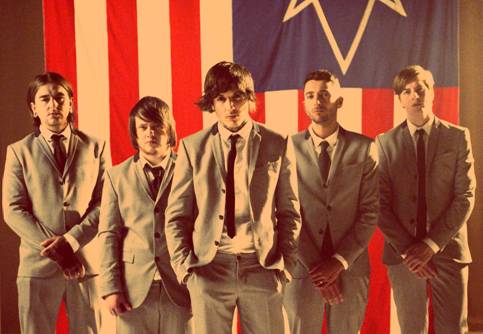 Earlier this week Bring Me The Horizon premiered ‘Don’t Look Down,’ their contribution to BBC Radio One’s re-scoring of the film ‘Drive’.

The track features guest vocals from Foreign Beggars’ Orifice Vulgatron and is now available to download for free here.

Since its premier earlier this week, the track has received a mixed response from fans and as a result of this, the band made the following comment about ‘Don’t Look Down’:

“We appreciate the level of passion both good and bad for DLD. We are really proud of what we created, but at the same time, we understand peoples confusion and panic after hearing the track. We were approached by radio one to score a piece of music for a rescore of the movie Drive. Now if you’ve seen Drive I’m sure you will agree neither anything from our previous albums, nor ‘Drown’ would of fit very well with the vibe of that particular movie, so we decided to create a piece of music that did justice to the amazing scene we was given. We took the opportunity to make something completely different, to do something completely different, something that we wouldn’t usually do- although I feel that doesn’t really make sense anymore, because we never do the same thing twice. We experiment, we change it up, We take risks because we don’t want to stay the same and we want to breathe life into this lacklustre genre, and we want to keep you guessing whats coming next. Big up (to) Orifice Vulgatron of Foreign Beggars for collaborating on the track, And once again, if you can tune into BBC 3 tonight (Thursday) at 10pm and watch the whole movie, its an amazing project, and we think we smashed our part, and hope you guys feel the same once you’ve seen it. Peace, BMTH”