Blood Youth: A Hunger for Change 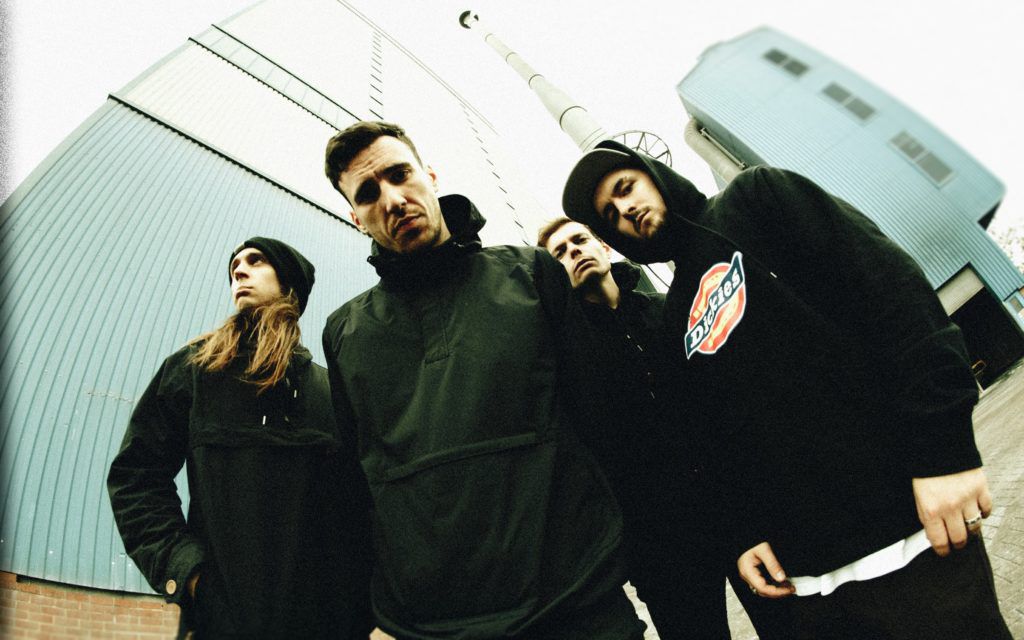 “It felt like everybody had already figured us out as a band.”

Predictability can be the downfall of any band. Rehashing the same album every couple of years grows old, and it can be too easy for fans to drop off, believing they’ve heard all there is to offer. Yorkshire natives Blood Youth have realised this in the two years since the release of their debut album, ‘Beyond Repair’, a period that has brought them great adventure as well as a few lessons.

“’Beyond Repair’ was very much the same formula as our EPs. We knew we were writing an album that Blood Youth fans would really like,” says lead singer Kaya Tarsus. “Towards the end of the cycle, everything we read and stuff people would say to us, everyone had already predicted what the next album would sound like. It felt like everybody had already figured us out as a band.”

Tired of being pigeonholed and considered the underdogs, Blood Youth came together to begin writing an album that would get them noticed, even at the potential expense of some long-time fans. “We wrote half an album before,” admits Kaya. “It sounded exactly like ‘Beyond Repair’. We could probably have written that 20 times, so we were like let’s actually do something a little bit challenging. Some people are going to hate it, but we hope that people will love it and get where we’re going.”

‘STARVE’ is the earth-shattering result of this. A sophomore album that takes cues from nu-metal to put its creator’s leaps and bounds ahead of its predecessor. It’s no coincidence that ‘STARVE’ conjures memories of early Slipknot, as Blood Youth consciously decided to evoke the shared feeling of terror they all felt when hearing the band for the first time.

“We had the same memory of buying that first self-titled Slipknot CD and feeling terrified by the music,” says Kaya. “You’d never heard this before and it made you feel uncomfortable. As soon as someone said that, we were like ‘let’s go in that direction.’” Mission accomplished. ‘STARVE’ has shades of both Slipknot’s self-titled release and its follow-up, ‘Iowa’, plastered all over it, and is sure to leave even the most dedicated of metal fans wide-eyed in some places.

“Some people are going to hate it, but we hope that people will love it and get where we’re going.”

The limitations of genre aren’t something that Blood Youth ever considered, however. The desire to escape the pigeonhole drew them more towards what they wanted to hear, regardless of whether it was particularly ‘nu-metal’.

“Chris [Pritchard, guitar] has always been a huge nu-metal fan. He writes all the riffs in the band and he would come up to us and be like ‘I got this riff’ and we wouldn’t sit there going, ‘that’s nu-metal. We should do a nu-metal album’, we were more like ‘that’s a fucking sick riff, let’s use that.’”

Though hesitant to call his band a nu-metal outfit, it’s hard to ignore the revival that’s taking place currently. Bands like Wage War, God Complex, and Lotus Eater are leading the charge and taking the genre in a variety of interesting directions.

“Music goes round in cycles,” muses Kaya. “It was always going to come back up, but it’s kinda fun, and it’s dirty and heavy, and that’s cool.”

‘STARVE’ isn’t just a progression of Blood Youth’s sonic footprint, but it also shows development in Kaya’s lyricism. A desire to write about something other than ex-girlfriends took the singer to much darker caverns. “I wanted to write more about us as humans and how we all have this dark phase. You look at the happiest guy in the world and there’ll be times when he’s sat on his own crying his eyes out. Everybody has that feeling inside them.”

The lyrical maturity and deep-dive into the darkest aspects of human nature aren’t quite borne from listening to heavy music, however. “The type of thing I listen to everybody hates, because I listen to R&B or trap music,” Kaya confesses through laughter. “I listen to heavy music of course; my favourite band of all time is Every Time I Die. I like listening to music for lyrics because it inspires me.”

The growth presented on ‘STARVE’ is plain to see. It’s the album of a band who have never sounded more sure of themselves, rising to the self-administered challenge to escape predictability. Darker and heavier in almost every way, ‘STARVE’ is the album that will propel Blood Youth to the heights that their hard work deserves.

‘STARVE’ by Blood Youth is out 22nd February on Rude Records.