Blitz Kids, Heart of a Coward and More Added to Takedown 2014

The final bands for Southampton’s Takedown Festival has been announced with Blitz Kids, Heart of a Coward, Heart in Hand, Ghouls and Empire joining the lineup.

Tickets are on sale now priced at just £30 from takedownfestival.co.uk. Aftershow party tickets are available also at just £4 if bought in advance with a Takedown ticket (£6 on the day.) 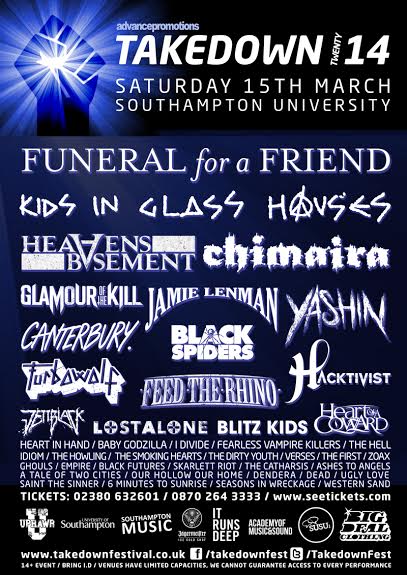