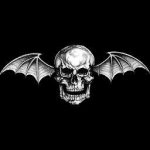 Zacky Vengeance from the band said:

“It has been a hell of a ride thus far and having our first Number 1 album in the UK is a monumental achievement for our fans and us. I remember playing the 100 club to prove to our fans we were willing to start from the ground up again to earn your respect. Thank you for putting heavy metal back on the throne. We look forward to growing old with you.”