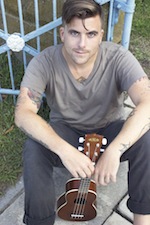 Anthony Green has announced a UK tour in support of his new album, ‘Young Legs’ which is set to be released on 17th February through Green’s own newly launched imprint Moshtradamus Records.

The tour will be co-headlined by The Dear Hunter.

The first single from ‘Young Legs’, ‘Breaker’ can be streamed by clicking read more.