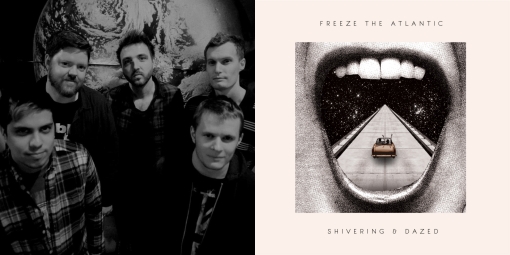 Since forming in late 2008, the quartet which features members of Reuben and Hundred Reasons have gone on to receive plenty of praise for their debut album, 2012’s ‘Speakeasy’ with plenty of shows and festivals in between. ‘Shivering & Dazed’ sees the band take a more gentler approach but keeps the same intensity that drew much attention to the bands debut.

To give fans a little insight into the new EP, the band recently took some time out to talk us through ‘Shivering & Dazed’ for an “Already Heard Track Guide” feature.

If your band would like to set up a ‘Track Guide’ feature for Already Heard, email Sean Reid.

‘Shivering & Dazed’
This is the opening track from our debut album ‘Speakeasy’, which we’ve always thought sums up the record really well. It’s a full on rock song about keeping your head up when everything around you is falling apart and it’s been a live favourite of ours for a while.

‘Lost At Sea’
This track was originally recorded as part of the ‘Speakeasy’ sessions but never made it to the final cut after many hours of deliberation. It’s actually one of the first tracks we wrote musically as Freeze The Atlantic and has seen many re-workings over the last couple of years. We wanted to include it on this EP for those that missed it from the physical album release.

‘Volcanoes’ (Acoustic)
We wanted to do an alternative version of ‘Volcanoes’ for the EP partly as an introduction to our new vocalist Liv Puente (who co-wrote the song and featured as guest vocals on the album recording), but also we wanted to show a different side to the track. It’s a stripped-back, re-working of the original with a mix of electronic drums and acoustic instruments – enjoy!

‘Freeze The Atlantic’ – Cable (Acoustic)
We don’t often do covers but this track provided the inspiration for our band name – so we thought it only right that we do our own version of this awesome track! There’s a bit of a shuffle feel in there and even a sample of Guy’s grandfather clock as part of the percussion! Again, we wanted to put an acoustic slant on the track to make it different from the original but all the original hooks are there!

‘Shivering & Dazed’ (Acoustic)
This is a complete re-working of the original album version of the track, which we’ve slowed down and pulled back to its’ roots. We wanted to bring out different and fragile elements that perhaps weren’t so apparent in the original recording, removing a lot of instrumentation and highlighting the core of the song.

‘Shivering & Dazed’ EP by Freeze The Atlantic is available now on Alcopop Records.