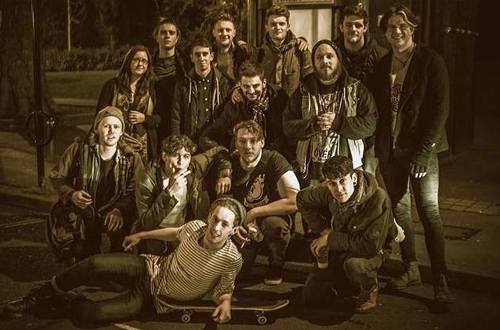 In the latest instalment of our “Tour Tales” feature, we join Wakefield quartet Morain on their recent tour supporting Durham four-piece Alexander.

Morain recently released a new single, ‘Who Would’ve Known’ and are gearing up towards the release of their new ‘Worlds Apart’ EP on April 21st.

Day One: February 15th – Glasgow – Bar & Fly
The first day is always the most difficult because it usually means an extremely early start after a very late night of last minute preparation. This time it was 7am (we’ve done worse), and we made all our crew pick-ups and set off up to Scotland. After some extreme rain, wind and a big snow shower we made it to Glasgow, where despite it actually being pretty bright and sunny it was absolutely freezing! We parked up near the venue and were informed that it was best to take EVERYTHING out of the van, due to the notoriety of the locals. It was great to finally meet all of Alexander and we had a great show to kick the tour off with. We headed to our three-man Travelodge and snuck all seven of us in for the night. 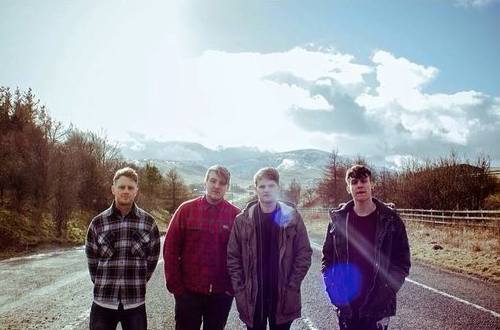 Day Two: February 16th – Newcastle – University
We had the rare bonus of a lie in and then headed off to Newcastle at midday. We stopped on the way to take in the amazing Scottish scenery and took some pictures, arriving at Newcastle University at about 3pm. The venue was huge and had everything you want from a band’s perspective – a big open stage, a powerful and good quality PA system and a large auditorium. The show was a busy hometown gig for Alexander; we met some great people and had an awesome time. We put a bit of a cap on the evening to get back Wakefield relatively early and get a decent sleep before Manchester. You can’t put a price on the comfort of your own bed when you’re away, so the opportunity to stop off (however early on) was a no-brainer.

Day Three: February 17th – Manchester – Sound Control
After a night of good rest we drove over to one of our favourite venues – Sound Control in Manchester, one of our favourite cities. This show was the best yet for us. We always find that Manchester treats us well partially because we’ve played there so regularly. We spoke to loads of people after the gig, and we were also pretty humbled by the feedback we got from those who hadn’t ever seen us up until this point but loved what we were doing. This was the first night where alcohol was flowing and some of our friends happened to overindulge and provide drunken entertainment. 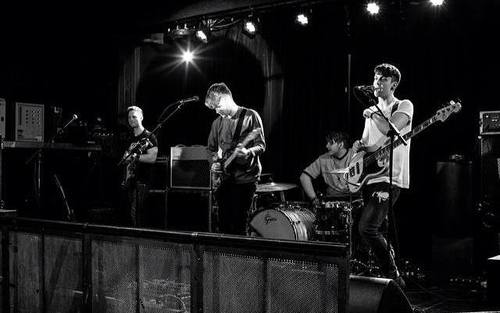 Day Four: February 18th – Birmingham – O2 Academy 3
We arrived in Birmingham to a queue of people outside, which is always a sign of a good gig, and at this point we were in the middle of the tour and getting along really well with the other guys in Alexander; it seems so healthy to be out on the road with a band you share the same attitude and work ethic with. Everything is easy and organic. Academy shows are always great and despite a few technical hitches during our set this one was no exception. We finished the night on a high and all had a skate session outside the venue before letting the Alexander lot head off to do some of their driving overnight, and we pulled our trick of getting all of us into the tiny hotel room for the night.

Day Five: February 19th – Norwich – Waterfront
We’d not played in Norwich before so we weren’t entirely sure what to expect before we arrived. The venue turned out to be great, and while the crowd was a little smaller than the other days we still had a great reaction. We discovered that we happened to be playing almost the same tour schedule as Limp Bizkit, which was a strange coincidence. We had some great radio interviews, one featuring some introspection and deliberation on “how lame” Morain are (surprisingly, besides a story about a Furby and our first ever music purchases, we aren’t that lame). We established a pattern of closing the night with a game of “skate” from here on out, and every member of a band and their crew had to take part. Alcohol was involved aplenty, and as was to be expected we were all pretty dreadful (with the exception of two of the Alexander boys). 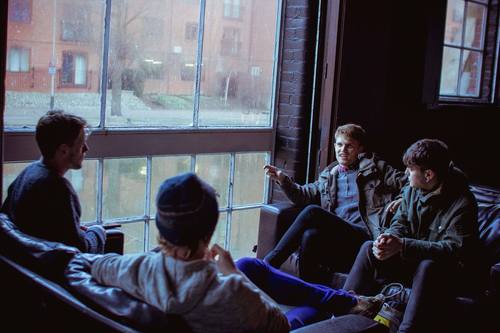 Day Six: February 20th – Cardiff – The Full Moon
Both bands arrived slightly late after sitting in traffic in a sweltering van for far too long with very mild hangovers and sleep deprivation, and discovered that there were three venues next to/on top of each other. Needless to say, load in was a bit more complex than we had imagined with nearly six vans crammed down a small side street. We got very little reaction to a quip onstage about how we decided to call it “concert corridor”, which apparently cemented the fact that Sam just isn’t that funny. The stage was a little bit limiting, but despite this the show was one of the best on tour and we had a really responsive crowd. We lost another few rounds of skate, then cleared off to the hotel and got some sleep, ready for the last night of tour. 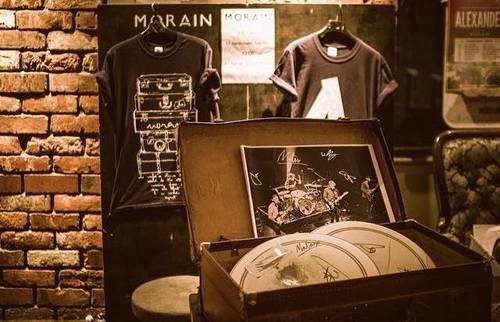 Day Seven: February 21st – London – The Garage
We arrived quite early for the London show, since in the past we’ve had bad experiences hitting rush hour traffic right at the crucial point when you need to be loading your gear in and getting ready to soundcheck. We regretted this pretty quickly after having our collective wallet abused by the cost of parking outside the venue… London can sometimes be a funny one for out of town bands of our size, and more than once we’ve lacked the atmosphere it takes to make a gig special. However, tonight we played to a packed room and the response was humbling again. After a speedy load out and one final and two hour long skate off with everyone we said our goodbyes. We all swapped some merch and headed off home, shattered. We truly had a great time with the guys in Alexander and can only hope there are more shows with them in the future!

‘Who Would’ve Known’ by Morain is available for free on Bandcamp.

‘Worlds Apart’ EP by Morain is released on 21st April.

All photos and videos by Josh Halling.