Last summer, Ventura, California’s Walter Etc. released the delightful ‘Gloom Cruise’. In fact, we were so enamoured, we gave it the full 5-star review, captivated by the group’s brand of breezy indie pop and Dustin Hayes’ thoughtful and resilient lyricism.

Today, we are delighted to announce that Already Heard will be hosting Walter Etc.’s UK and European tour next month. 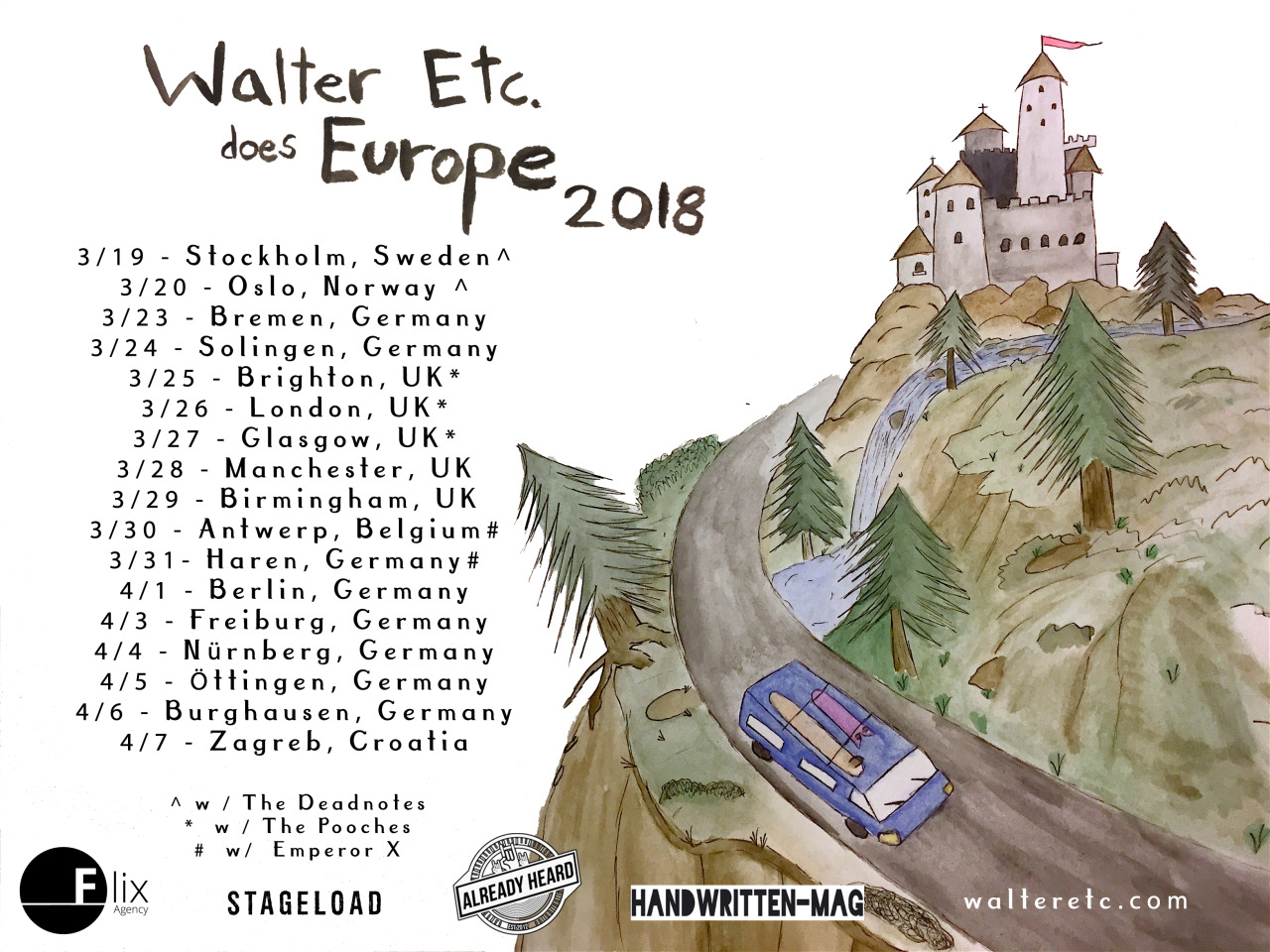 Beginning in Sweden, Norway and Germany, Walter Etc. will then play five UK dates before returning to mainland Europe.

In addition, to coincide with the news of their UK and European tour, we’re also thrilled to be hosting the UK premiere of the video for ‘Baby Blue Hammock’, Gloom Cruise’s closing track. The song is one of the album’s more upbeat offerings and sees Hayes ending the album on a comfortable and settled note.

“The song is trying to say that if you put all your best energy into what you love and be good to the people around you, then you should never have to worry about the outcome of your life,” explains Hayes before telling us about the video. “For the ‘Baby Blue Hammock’ video, I bought a 1970’s 8mm film camera on our two month US tour and collected about 30 minutes of film all around the US. What better way to illustrate that than with a nostalgic and vintage home video?”