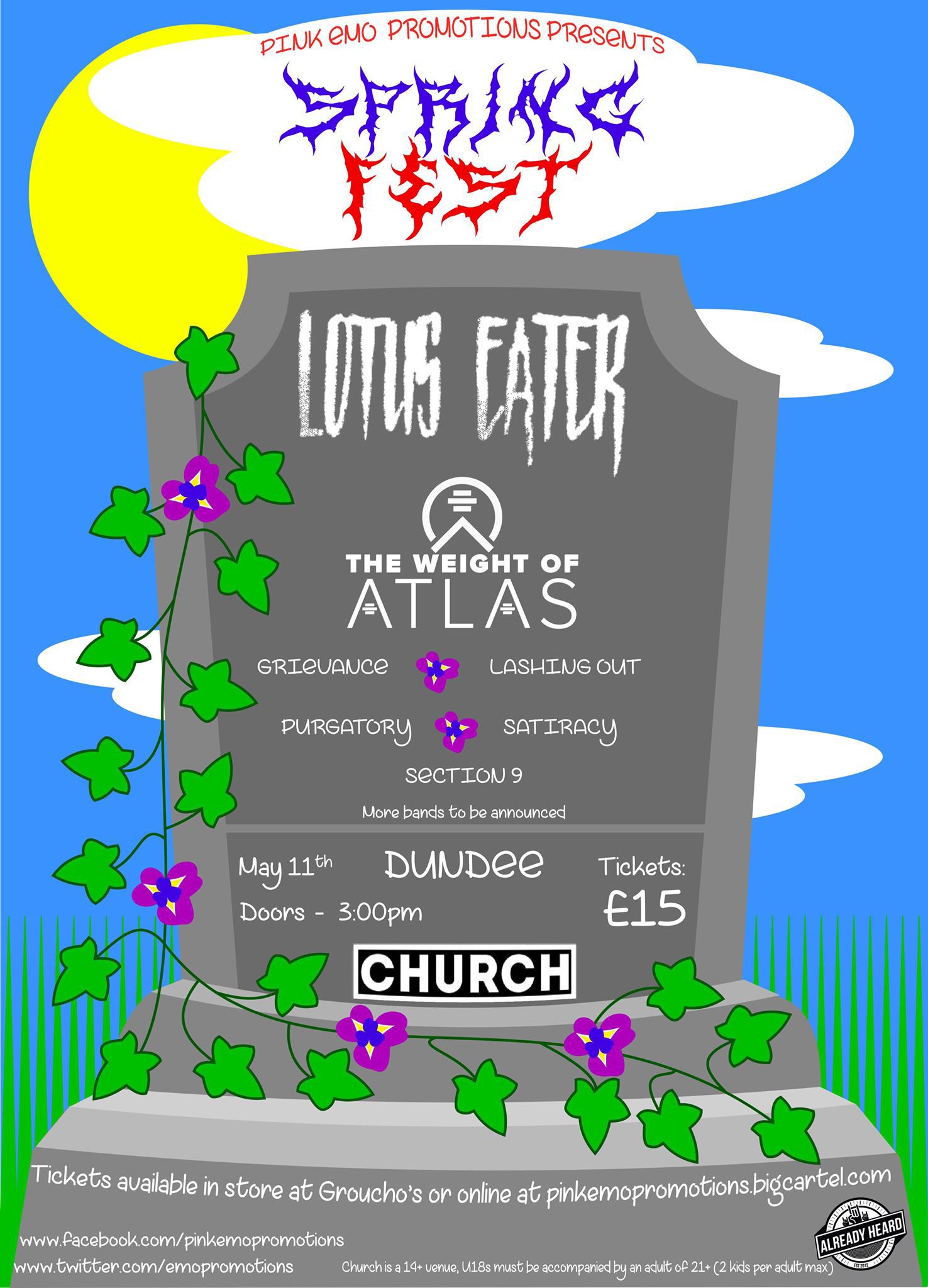 Already Heard in association with Pink Emo Promotions are delighted to announce that SpringFest 2019 will be headlined by none other than Glasgow maniacs Lotus Eater.

After appearing in our ’25 Bands to Watch in 2019′ feature, Lotus Eater have made some considerable strides across the UK metal scene already. Currently turning heads across the nation on tour with Blood Youth and Palm Reader, they’re set to annihilate all competition when their EP ‘Social Hazard’ is released on March 29th, as evidenced by their latest single ‘Mother’. Plus with a further catalogue of their gloomy molotov cocktail of deathcore, tech and nu-metal, found in the Slipknot-esque fury of ‘The Fear’ and the sledgehammer grooves in ‘Break It’, the five-piece’s destructive live tendencies are certain to whip up a frenzy in any venue they find themselves.

We’re beyond stoked to have them tearing up Dundee’s revered Church venue for SpringFest on the 11th May, alongside The Weight of Atlas, Grievance, Lashing Out, Purgatory, Satiracy and Section 9. This won’t be the first time you see lotus Eater headline a major event, but you’re going to want to tell people that you were there when they headlined SpringFest.

‘Social Hazard’ EP by Lotus Eater is out March 29th via Hopeless Records.

SpringFest 2019 will take place on the 11th May at Church Dundee. Tickets available at Pink Emo Promotions’ BigCartel Page.