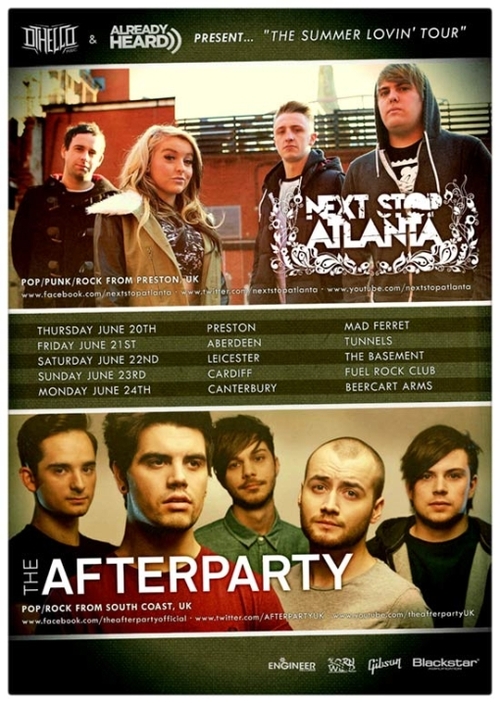 Today Already Heard are proud to announce we will be sponsoring the summer co-headline tour from Preston Pop Punk band Next Stop Atlanta and South Coast pop rockers The Afterparty.

“The Summer Lovin’ Tour” takes place over five dates in June and sees both bands  go up and down the country.

If you would like Already Heard to promote and sponsor your tour/show, send an e-mail to [email protected] for more information.