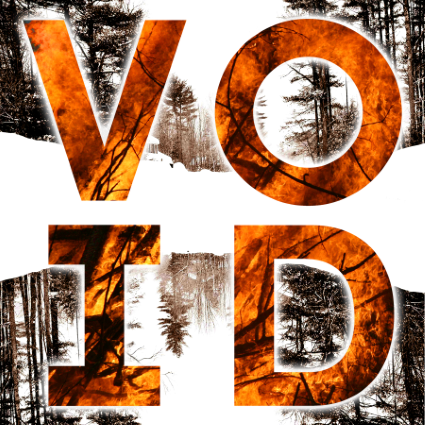 There are so many key bands still in existence today who have proved that drawing together the worlds of metal and hardcore doesn’t have to be dull. Converge, Every Time I Die, Norma Jean, Comeback Kid and Modern Life Is War have all consistently produced intelligent and creative releases that to one extent or another splice the two genres.

Vanna have been around the block enough times to know how many bands out there are doing the same thing, but that doesn’t seem to have prevented them rolling out blueprint contemporary metallic hardcore which offers you nothing new whatsoever on their fifth studio album. I felt throughout ‘Void’ like I was listening to something I’d heard five years ago, and this isn’t a type of music that forgives you for standing still.

Lead singer Davey Muise has a solid, convincing voice but does it have the character or versatility of Jeff Buckley or Jake Bannon? Nu-uh. It’s just cold, hard and angry screaming cut between Vanna’s chuggy riffs, and the occasional clean vocal on a chorus. The lyrics are full of attitude and in-yer-face tough life and tough love prose, but they aren’t telling you a story, they aren’t smart and they aren’t going to make you think.

“If pretty girls make graves in my head, my heart is a tomb and now I’m dead” is about as deep as it gets with these dudes, and you can’t help wondering whether even this line actually means anything or just came about because, y’know, it rhymes.

Vanna only have only half the band left from their 2007 debut release ‘Curses’ and have been through a fair few line-up shifts over the years. This could have contributed towards the apparent lack of progression from album to album. You can tell they’re accomplished musicians and they definitely know how to structure standard arse-kicking metal, but there’s just no craft or cunning to their sound whatsoever.

I’ll use an example to pinpoint what I’m getting at with that last comment. In ‘Piss Up A Rope’, they do a really cool chord-slide sound on the breakdown, but in the same ham-fisted style that plagues most of the album they then just keep doing it again and again until it’s over-cooked and tedious, rather than letting it stand alone and giving the track some variety and unique quality.

It may sound like I’m picking holes here, but it’s necessary. I’m not going to write this review and tell you that Vanna are worth your while when they are so far behind where their predecessors have already been so long ago. Maybe if they look cool enough and can swing their guitars around convincingly they’ll be bought into for a short time, but I see no longevity in a sound that’s going backwards.

Near the end comes ‘Bienvenue’, a slower, whispery number because they’re not all shouting and bravado y’know – they have feelings too. I expected to get the token slow number and add it to my list of criticisms, but actually when you hear guitarist Joel Pastuszak fill his lungs and put his clean vocal (which is very strong) to good work it’s like breathe of fresh air for this album, albeit coming way too late.

Variety was what was missing and the penultimate song offers it. It even has a spoken word/poetic bit like La Dispute, which actually grates a little but at least it’s different, and creates feelings and sounds that hadn’t been heard in the last song, where most of ‘Void’ doesn’t manage this.

Vanna are a band from Massachusetts, a part of America where great hardcore and metal bands are produced in abundance. Maybe this is the problem, because just looking and sounding the part isn’t going to win you recognition alone. They’ve got the attitude, they know how to fit in a breakdown, but put the box ticking aside for a second I just don’t feel anything special from this release that makes me think I’ll still be listening to it in the years to come.

‘Void’ by Vanna is out now on Pure Noise Records.