Album Review: U137- Dreamer On The Run 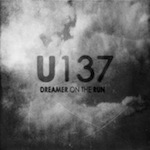 Getting to review a band such as U137 is pretty awesome. I think this review is gonna use the word ‘epic’ maybe too many times… Naturally the band are Scandinavian; seems like this large sounding genre is best produced in Europe. I am a massive fan of bands such as Sigur Ros, Mogwai and the whole cinematic post-rock epicness that they create. When you listen to a post-rock instrumental band doing everyday activities, it makes you feel pretty cool. I feel a bit like that now. Sat on my Megabus Plus journey listening to U137’s beautiful chord progressions is really helping me write. It’s also helping with my mood in this ridiculously hot and cramped coach; this environment and I don’t really work well together (a bit like Gremlins and water or when the Despicable Me minions turn purple and angry) so the band are keeping me feeling upbeat and inspired and most importantly non-gremlin-like.

The way each song just flows into the next is like listening to one awesome, dream-like lullaby; I guess the album title is very fitting! You kind of get lost in the awe inspiring strings and the hypnotic guitars though and I find myself drifting off just wanting to listen in a state of euphoric desire… which is not a bad thing at all I guess. Its without a doubt one of those albums you can sit and listen to over and over. Either as background music for a takeaway chill night with mates or just to sit and appreciate the beauty of the music finding new and hidden parts to enjoy.

The  tracks seem so effortless, simple and familiar, which is ridiculously skillful as the melodies are extremely complex and intricate. This kind of music is definitely about experiencing and I wish I was reviewing a gig; I can’t imagine how amazing watching this live would be. Each track subtly changing to the next is, on the most part, seamless. The way that the tracks are constructed and build allows your mind to just wander creating epic scenarios, unless this is just my slightly nutty and over heated mind?!

As I said before the album flows so well I perceive it as one long song, but each track that ebbs and flows into this overall song is like a roller-coaster of emotions, going through highs and lows in the music. I love being introduced to new bands and this definitely was not a disappointment. I don’t think I could dislike a track on ’Dreamer On The Run’. ’The Poet’ is excellent while ’Pearl Lake’ is exceptional musical artistry. If anything bad was to be said about the album it would be that the songs could be seen as done before? But the uplifting energy emitted by the album for me helps concentrate on U137 as a band rather than their genre and similarities to other bands. Seriously an unreal band and definitely worth a listen… or two!

‘Dreamer On The Run’ by U137 is out now on Deep Elm Records.