Album Review: Tonight Alive – The Other Side 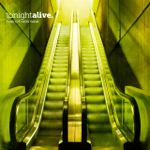 Okay, just to get it out of the way early and save the world another few hundred words of dead horse beating, Tonight Alive sound a little bit like Paramore – it’s a lazy comparison but an inevitable one. It would be a safe bet to say that every female fronted pop-punk band in the world post-2005 has been compared to them at some point, which is unfair and ultimately does nothing to help bands with a female vocalist escape pigeonholing. Unfortunately that this band actually does bear some comparisons, but they are as much to do with instrumentation as anything else and to dwell on them would be a disservice to this album. Now that the ranting preface is over with, on to the review:

For those who don’t know: Tonight Alive are a pop punk band that formed in 2008 and quickly gained the favour of the Australian scene and even managed to get one of their songs on the soundtrack to The Hills after being together for around a year. Since then, the band has toured with most of the big names in pop punk and made quite a name for themselves. ‘The Other Side’ is the band’s second full length album.

This album is a somewhat logical progression from ‘What Are You So Scared Of?’, elaborating on the tone expressed before in particular. Where previously the band would flirt with both youthfully exuberant pop and angsty melodramatic rock, this LP focuses more on the latter but with a more consistent and mature approach. This is on the whole an improvement on the band’s sound but it does feel a little bit lacking in places where something more playful would be appropriate.

Instrumentally the album is on the whole capable but bland. With the exception of the occasional clean or acoustic part, the guitar work is essentially an arrangement of full and thick sounding power chords with simple repeating lead licks or octaves rounding off the melodies – nothing new or notable by any stretch of the imagination, and sometimes so well traversed by older bands that I find myself wondering if I have accidentally skipped to a Thrice track. The same goes for drums and bass – both are entirely capable performances and provide enough skills in a rhythm section to bolster the talents of the other instruments, but I never found myself asking “how did he come up with that?” or pointing to either when thinking of particularly memorable moments.

Fortunately vocalist Jenna McDougall has enough talent to carry this album. Where the instrumentation will provide a solid backing track, McDougall will belt out an extremely powerful chorus that takes upon itself to provide the attention grabbing passages. From the focus that each song puts on vocals – both in putting them in the forefront of the mix and centering almost every hook around them – I suspect that the band knows this and wants to use their strongest weapon to its fullest effect. This is best seen in ’The Fire’ which makes use of flourishes in the vocal melody that stick in the ear immediately and invite more listens; it also happens that this song features some of the most developed and interesting guitar work on the album. If you listen to any track on ‘The Other Side’, make it this one. Lyrically McDougall doesn’t measure up to her singing prowess (for example: “don’t wish that she would fall apart or break your heart”), but the words do their job of providing something tangible to be sung and so unengaging lyrics aren’t a major issue.

Overall, this album isn’t going to turn any heads. If you enjoy parent-friendly pop rock then it will provide the expected checks for the checklist, and if not then this album will probably pass by you without a second glance. The vocals are undoubtedly the saving grace but again, they are nothing close to a game changer but will help the album to be well received in its own circles.

’The Other Side’ by Tonight Alive is out now on Search and Destroy.