Album Review: To The Wind – Block Out the Sun and Sleep 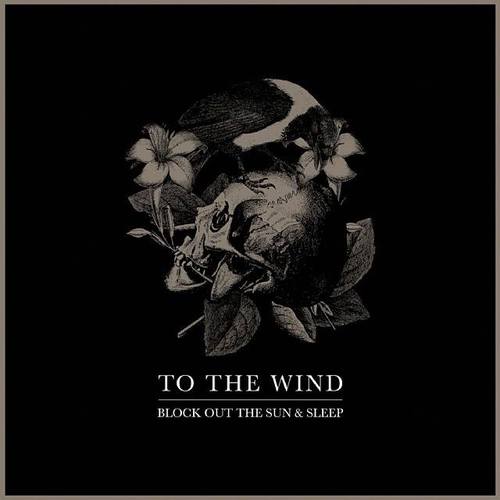 To The Wind bare their souls on new record ‘Block Out The Sun And Sleep’. The utter tension and engrossing flair is admirable. The ferocity and brutality burns through like gasoline on a rag, and the temptation to rock that alcohol induced head of yours will become unbearable, just do it!

The band is a collective, a curios beast, that has fortified a brand. Their music sounds insanely different, it has that epic diversity that blows down the normality. Gearing their music forward is what they bleed to do, they’re an act that walk on the cracks of the pavement without feeling anxious or superstitious, they embrace the ruggedness of the cracks. The music is fundamental, obviously, and with the new opus the band haven’t shielded away the screams and glitteringly wonderful guitar sequences that have defined them.

‘Block Out The Sun And Sleep’ begins with ‘Vacant Home’. The triggering guitar blasts out a plea for grace. The drumming is fast and volatile and the screams are littered well. As the listener, you will feel the emotion, you will hear the brutal notes pound in your eardrums.

The riffs are highly pleasing, sometimes massive and sometimes concise. The song ‘Hands Of The Clock’ showcases these organic riffs very well. The ferocious blasts and ballsy screaming match together brilliantly, all of the tracks have that element. ‘Skin Deep’ is a track that hones well in on the bitter sweet lyrics, lyrics that are of the macabre kind. The wordplay is smeared with might and fables, this band could be the storytellers of the hardcore scene.

‘Growing Numb’ is fast paced and highly infectious. The drumming is fierce and the screams could break down a thick wall. The whole collection isn’t for easy listening, it will prod at your tender side cutting it down until it reaches the harder spot.

To The Wind aren’t for everyone. They’re a band that won’t cure your hangover with calming, chilled out vibes, but they will wake up the hardcore fiend in you with no apologies.

‘Block Out the Sun and Sleep’ by To The Wind is out now on Pure Noise Records.

To The Wind links: Facebook|Twitter|Bandcamp