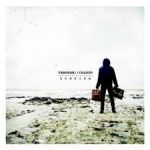 Through Colour are a five piece bred in Anglesey, North Wales originally called My Turn, now living in Manchester obviously now called Through Colour. ‘Somnium’ is their second EP release after their mini album ‘Dream in Black and White’. They have chosen to release this EP as a two part series; ‘Somnium’ being the first and the second being released later this year. They have been compared to Kids in Glass Houses, however I think that they seem more like Lostprophets and All American Rejects.

As a band they are tight, full sounding and they have written the right kind of riffs and hooks to create a stick-in your-brain-all-day kind of song like ‘Daydream’. I think ‘Daydream’ is the strongest point of the EP and is the song I like the most off the album. From the start it is a very catchy easy to listen to tune which I can imagine driving to. (This is a way I judge all songs… it’s a good thing). However, I think that the EP starts with the best track and the rest of the release unfortunately just doesn’t live up to that standard.

The rest of the tracks seem to take a really negative turn, the lyrics covering generic things with boy-bandeqse pop-punk feel to them. The limited chord progressions and repetitive song structures are also a bit of a disappointment. I hope that Through Colour’s second part of their EP has something slightly new in-store for it’s listeners, not a second half that will mimic the first as the band seem to be very enthusiastic, passionate and have a sort of fun feel to them although the EP is kind of depressing but the lyrics don’t go deep enough to actually make you want to think about the problems in enough to I guess care.

Considering the band have been together for around a decade I feel they should have mastered the song writing; experimenting with more exciting chord progressions and structures. I think until they get to this stage they will struggle to keep their listeners interested. This being said I am strangely curious as to what the second half of this EP is going to sound like; it might be completely different and I hope it proves me wrong because this band have definitely worked hard and are committed to their dream.

‘Somnium’ by Through Colour is out now on Same Dance Records.