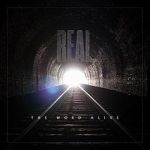 The Word Alive strike me as a band that push their energy and talent to the forefront, throwing their desires at the stars, mopping up any broken fragments of inferiority. Their new record, ‘Real’, has been optimised and perfected by sterile hands, it sounds complete and scintillating.

The atmospheric blow of boundless workmanship is apparent. The stylish guitar sequences morph and keep going until the right sound emerges. There is a frequent gnashing of teeth, there is rage embedded, powerful drums to wake up a lazy heart. The album is a metalcore delight, highlighting the band’s calibre, showcasing fundamental riffs. These riffs are powerful and engrossing, giving the guitars a chance to shine.

Opening track ‘Play The Victim’ showcases these riffs well. The dirty guitar influence marks the song with sharp teeth. Piercing the norm and attacking the mundane, starting a craze. ‘Broken Circuit’ is another song on the record that highlights a potent guitar influence. The masterful stronghold the band have over their instruments is remarkable. ‘The Fortune Teller’ is lashed in these riffs too. Strings are strummed and dreams are made. The attraction is endless, the music sticks to the fantastical skin of intensity. The rhythms and courageous solos pick-lock the door to diversity.

The end result is brilliant. The Word Alive have built up their music with determination and strength, never surrendering to the norm. The album isn’t pretentious or generic, it has that attitude, that balance of rage and love. It’s a record that evolves with every song. The band force their points, not sacrificing their sound or letting their artistry halt.

‘Real’ by The Word Alive is out now on Fearless Records.