Album Review: The Summer War – Keep Up, We’re Moving On 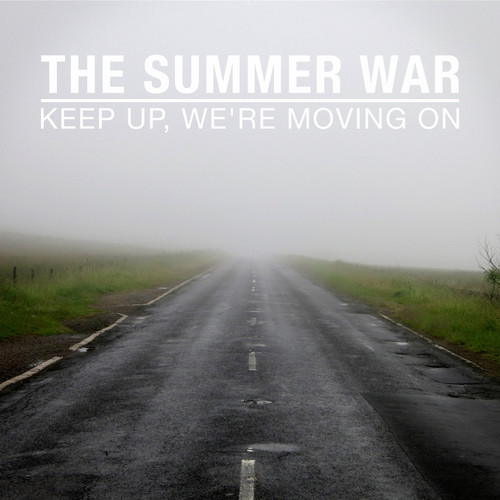 The Summer War tread the line between pop punk and indie rock, which is difficult because you’re trying to have the best of both worlds and definitely risk having the worst instead. Pop punk without the attitude and danger and indie rock without the song structures and lyric strength are not ingredients which mix particularly well.

Other bands have managed it with varying levels of success – you could probably look towards The Automatic, although The Summer War actually remind me more of My Awesome Compilation (remember them?) – a band who used very basic pop structures and simple lyrics and just made it work by having really big hooks and relatable themes.

Keep Up, We’re Moving On by The Summer War

The trouble is that in the case of The Summer War those hooks aren’t always present, and the lyrics fall well short. The themes are just all a bit dull, and whilst you must always give kudos when a young band avoids resorting to singing in faux-American accents, the vocals are more just tunefully saying things than any kind of powerful or captivating expression. You’ll struggle to find a song on the EP with a note held for any real length of time.

I don’t particularly like using expressions like “high school poetry” because it comes across as snooty and horribly judgemental. I’m writing a review so it’s kind of my job to be judgemental but hopefully without being a prick. Thing is, when the lyrical content that crops up tends to be stuff like “I’ll leave the light on so you can find your way back home, this year has been a struggle but I’m here with open arms”; well it doesn’t exactly blow your hair back.

As a package, ‘Keep Up, We’re Moving On’ is pretty well rounded. It’s a confidently performed and professional sounding release and the melodies do stick in your head for a while after you’ve been listening through. But are people going to get excited about singing along to your music, or read your lyrics and think “that made me think something I’ve not thought before”? The answer really has to be yes to this, and at the moment with The Summer War it’s a no.

This EP is a long way from being offensively bad, and possesses some catchy moments and uplifting charm, but there’s a lot of work to do to make the songs jump out at you and the themes start to hit all the right switches.

‘Keep Up, We’re Moving On’ by The Summer War is out now.