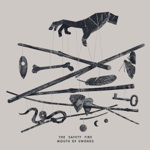 The Safety Fire have being doing pretty well for themselves since their inception in 2006, having more recently signed to InsideOut in August 2011 with the release of their debut record ‘Grind The Ocean’ coming just after that in 2012. It managed to score them rather fitting tours with bands like Protest The Hero, who I would note as a huge influence on The Safety Fire, as well as Gojira and numerous European festival dates. The band claim that the new album ‘Mouth Of Swords’ doesn’t merely pick up where ‘Grind The Ocean’ left off, but builds on the momentum provided with their debut by being released just a year later. Releasing two albums in less than two years sounds like a risky game to be playing, but if it’s done right it could prove to be a very smart move.

Even just after the first song there is something very reminiscent about this record. That’s not to say that it feels like it’s all been done before, but more that it’s very refreshing to hear that a band can successfully revamp a sound that I personally haven’t heard done properly in quite a few years. The first two tracks, ‘Mouth of Swords’ and ‘Glass Crush’, demonstrate both ends of the spectrum that The Safety Fire seem to be able to work at. ‘Mouth of Swords’, for example, shows the catchy hooks that the band are capable of producing, while ‘Glass Crush’ proves that if they want to get heavier and faster they can most definitely do that too, on top of it all showing they can make the transition between the two with ease.

At times the songs feel like they could be dragging on a little too long. 6 of the 9 tracks (which total at around 47 minutes, by the way) are longer than 5 minutes each, with two of the shorter ones still surpassing the 4-minute mark. Maybe that’s a normal sight to see within this genre and as I’m not well versed in the more recent ways of prog-metal I will have to hold my hands up if that’s the case. Looking at it from a new listener’s point of view, however, I would have probably found myself skipping the ends of quite a few of these tracks. That being said, I don’t think I would have made the right decision in doing so. Some of the best parts of these songs appear towards the end of them, ‘Beware the Leopard (Jagwar)’ is a good example. The bridge just before the very last verse is one of my favourite things about the whole record, let alone the song itself. It strips an otherwise heavy track down to the bare bones with clean guitars, lightly tapped cymbals and soothing vocals before a pause leads us into one last extremely heavy, and once again catchy, verse to bring the track to an end.

A highlight of the record on the whole is that the technical ability of guitarists Joaquin Ardiles and Derya Nagle make it very hard for each of these tracks to sound the same. Although all fairly similar to each other, not once did I feel like I’d heard it all before in a previous track and as soon as that thought even starts to enter your head, you’re hit with a lead guitar part that completely separates the tracks from each other. You can literally take your pick of all the tracks if you want to hear examples of this, but the most notable for me were ‘Red Hatchet’, ‘Mouth of Swords’ and the previously mentioned ‘Beware The Leopard (Jagwar)’. It also helps that The Safety Fire don’t fall into the trap of finding a successful song writing formula and using it to the death on every single track as many bands seem to be doing these days.

The Safety Fire’s ability to be energetic, incredibly heavy and also very catchy in all the right places serves them extremely well. It also helps that they have a couple of half handy guitarists and a vocalist who has quite a variety of vocal styles that can be executed whenever the mood strikes. As I mentioned, the songs might drag on a bit for some people and although I think they get away with that fact on individual tracks, when you put them all together one after another on an album, it becomes a case of having too much of a good thing. If you look past that and you like your music technical, catchy and also pretty heavy – then this one’s for you. Having said that even if it doesn’t sound like your cup of tea on paper I’d still highly recommend checking this album out as I think it might just sway you.

‘Mouth of Swords’ by The Safety Fire is out on the 2nd September on Inside Out Records.