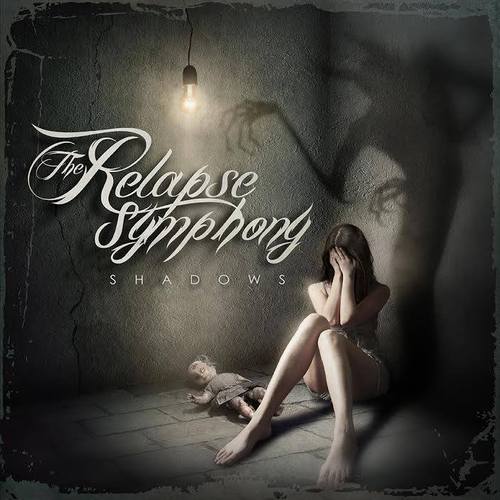 Washington quintet The Relapse Symphony are a hard rock band who combine 80s glam metal with a modern twist, yet they have created a fairly generic, debut album. Before anyone starts picking fights for no reason, being generic isn’t necessarily a bad thing, provided it’s done well. However, The Relapse Symphony are too hit and miss to have a created a solid listen throughout. While some tracks provide notable sing-alongs that the casual listener will enjoy, the majority of the album is too vapid and uninteresting to create a worthwhile impact.

Their music is certainly not unheard of, with bands like Black Veil Brides and Glamour of The Kill spearheading this more modern glam rock/heavy metal sound into the limelight. To their credit however, The Relapse Symphony aren’t afraid of shying away from their pop sensibility, and with help from some excellent production, try to etch a combination of glam metal style and pop accessibility into their songs to create a memorable listen.

Songs like ‘We Are The Broken’ and ‘Battlefield of Lies’ are a prime example of this, hefting incredibly catchy choruses and solos, the band at times sound like they exploded right out of the 80s, hairspray, attitude and all. Yet there is no denying a pop punk/rock influence. Songs like ‘Make Your Move’ and ‘Walls’ sound like something that could come out of All Time Low’s catalogue rather than bands such as Skid Row and Motley Crue. Not that this is a bad thing, as the younger listener will sure to be singing along upon the second listen.

Yet, while they attempt to showcase their creative side, the use of piano/synth fails to leave a lasting impression. With the exception of the intro, (‘Embrace The Darkness’) in which it’s ominous tone got me excited to hear what the band was capable of, to see if they set themselves apart from the slew of bands trying to imitate this style. Yet it provides nothing more than false hope. Throughout the majority of the record, the use of this eerie, melodic piano is completely overshadowed by the rest of the instrumentation. And at times in which it is dominant (‘Angels Take Us Demons Save Us’) it seems pointless, adding nothing interesting to make The Relapse Symphony stand out from any other band of the same genre.

But perhaps the main problem is that singer Bret Von Dehl’s voice is entirely unsuited for the record. Sounding more like Chris Conley than Axl Rose, his voice is hard to take seriously in comparison to the shadowy, emotive subject matter. I don’t doubt the sincerity of the record, however due to the monotony of Bret’s voice, it’s hard to relate to songs like ‘Forever Slowly’ when it sounds more like a whiny fourteen year old lamenting their first break-up than a frontman who is not afraid to reveal his true feelings.

To put it simply, The Relapse Symphony have tried to make a promising album and in all fairness, they’ve managed to produce a catchy single or two. However, too many mundane tracks combined with a repetitive voice makes for an ultimately stale debut.

‘Shadows’ by The Relapse Symphony is out now on Standby Records.