Album Review: The People The Poet – The Narrator 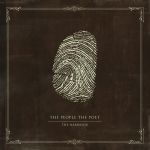 I had personally never heard of The People The Poet before, but was certainly delightfully surprised whilst listening to ‘The Narrator’. It’s a beautifully crafted album, with an ambient folk pop-rock sound making it an easy chill-out listen. It’s also extremely clever and creative, with the band collating fans stories to form the content and lyrics for each song. So each track is someone else’s life story, which I personally find absolutely fascinating and adore the concept.

The group have taken on the responsibility to capture the emotions of each person in the hope of helping others who are going through the same situation. It must of been real tricky, to have such a level of expectation placed on their shoulders, and to be trusted with the fans most personal and private stories and memories. But to also make them work into something that could be used as a song, which would also do the stories justice. It certainly wasn’t an easy task to take on, and the record took 3 years to create.

These Welsh rockers have been together since 2008, but had a name change last year to fit the new direction they were going in. So it was a fair-well to Tiger Please, and hello to The People The Poet – which the band says is a tribute to all the people that have trusted them with their stories.

The entire record is superbly put together, with a real flare of energy and different emotions being conveyed. It’s instrumentally brilliant, and the vocals are unique with a deep indie-rock vibe. The lyrics can be hard-hitting, poignant and dark at times- but this was obvious as it’s such an emotionally charged album. Some of the themes covered are painful, for example cancer, bulimia and sexual abuse are all featured. Which makes it a difficult listen, but it’s unique- these are real stories, about real people. This is what truly makes it an exceptional listen and will touch every listener’s hearts.

It’s obviously difficult to pick any favourites, and to be honest it feels completely unmoral to do so. But my personal highlights are: ‘Stabiliers (I Will Be)’, a wonderfully moving track featuring melodic vocals and violins, ‘One Day’ the shortest track but an extremely emotional hit with deep lyrics and beautiful piano, ‘Being Human’ and ‘Pink Ribbon’which tells the sad story of a breast cancer victim.

There’s no doubt that The People The Poet deserve high praise and recognition for this absolutely incredible album. Everyone needs to hear ‘The Narrator’. I am seriously telling you, not recommending you, telling you – buy it.

‘The Narrator’ by The People The Poet is released 4th November.