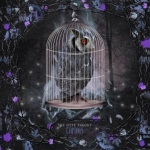 Essex-based, pop-fueled band The Hype Theory has delivered a pop-punk infused album, ‘Captives’, their second full-length album since forming in 2010.

Right away, the band explodes with a decidedly pop-punk track rife with superfast lyrics and quick fire drums on the first and title track ‘Captives’. While The Hype Theory is not strictly a pop-punk band, they’re experts at infusing pop-punk elements into the album, continuing with ‘More Dead Than Alive’ and ‘Believe Me, I’m A Liar’.

While the band is rife with talent, they seem to miss the mark on a few tracks. With Katy Jackson’s flawless voice and expertly executed instruments, they just don’t seem to be pushing their creative limits. Tracks like ‘Heartsick’, ‘If You’re Going Down (I’m Going With You)’ and ‘Sattelite’ (among others)come off as generic. Clichéd lyrics, bland instruments, and unoriginal melodies muddy the talent this band has.

Which is a shame, because on the other side of the coin, There are some really solid, exciting tracks on this album, the songs that tend towards more serious subjects with much more personal lyrics. ‘Reverie’ is an angsty, emotional track with an edgier sound. ‘Not Sorry’ is a bit melancholic, with Jackson’s vocals coming off sweet and soft. This whole song is much simpler and lets the band shine.

A defining moment, though, comes at the very end of ‘Captives’. ‘Summer Rose’ begins as a quiet piano track, with very soft, very slow ethereal vocals and pretty harmonies. The subject matter is very serious (maybe a suicide, a young death, etc) and it is so full of emotions it really shows what the band is capable of.

However talented The Hype Theory is, ‘Captives’ isn’t a consistent example of this talent. There are some really great moments on this album, but others are lackluster and a bit boring. Sifting through this album for the high points is worth it, though, especially with Jackson’s incredible voice, and they can really only improve as they continue.

‘Captives’ by The Hype Theory is out now on Small Town Records.