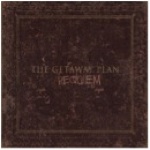 Australia’s most talked about up and coming rock band, The Getaway Plan are finally releasing their album ’Requiem’ in the UK. The Getaway Plan have been taking over Australia by storm, with sold out national tours and creating a chart topping album, it’s the UKs chance to see what all the fuss is about.

‘Requiem’ is an awesome album collaborating every alternative musical element possible; a mix of pop-punk, rock, screaming and mellow acoustic tracks. The Getaway Plan has absolutely nailed it. The album is superb and the product of four months spent with Grammy Award Winning producer David Bottril, whose previous work includes Muse and Placebo.

The record begins with ‘The Reckoning’ an evocative track, with the mix of dark keyboard sounds and feisty vocals. ‘Phantoms’ continues on a similar mood, with a dark and angry tone expressed through the lyrics “we are the voices in your head..we are the lost, we are the dead.” The track also has a catchy upbeat chorus and exhilarating electric guitar solos. ‘Flying Colours’ follows with the same ensemble, with electronic high pitch guitar riffs.

The album progresses with ‘Move Along’, the top single from the album. A beautifully composed track, with an amazing poetic keyboard and vocal introduction; you are then hit by powerful guitar riffs and a rocky beat. Mixing these two different musical emotions and tempos makes the track simply exciting and enthralling. The composition and harmony is outstanding, with more awesome instrumental guitar solos.

‘February’ has an upbeat pop-punk melody with a catchy chorus. The guitar and keyboard mixed together is simply mesmerising, with stunning soft high pitched vocals. ‘Coming Home’ iscertainly the track that stands out; it has a similar style, but by using backing violins and jingling bells- it really feels like a Christmas number one- slightly strange!

The other favourite from the album is ‘Stars’ which completely changes the swift of the record, with eerie haunting sounds and a captivating punchy chorus. ‘Heartstone’ is an emotional heart gripping track with perfectly timed backing vocals and wiry electric guitar riffs.

Once again the album changes direction with ‘Oceans Between Us’, ‘Child of Light’ and ‘Requiem.’ Our ears are delighted with a new music dimension of beautiful sweet-sounding acoustic guitar. All three tracks are magnificent, full of emotion and simply hypnotic. ‘Requiem’ is the grand finale of the record, ending with a fantastic screamo ending.

The Getaway Plan have certainly been creative and innovative with this album, every song has those fine finishing details that makes it something truly amazing. Every track is fresh and exciting. This album deserves to be a success, and I hope to see The Getaway Plan touring the UK soon. I recommend downloading the album now; your ears will thank you.

‘Requiem’ by The Getaway Plan is out now on UNFD.