Album Review: The Charm The Fury – A Shade Of My Former Self 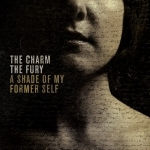 Female fronted bands are emerging rapidly and it is welcomed with open arms. Metal outfit The Charm The Fury are making their mark with their debut full-length ‘A Shade Of My Former Self’, a bold effort that ticks boxes from beginning to end.

Instrumental, piano-led intro ‘The Unveiling’ does exactly that, unveiling the talents of the quintet by providing a calm, chilling ambience before the heavy storm that is set to be unleashed in the coming tracks.

A guitar build up progresses into ‘A Testament’ which kicks in with no hesitance; the track is the first to showcase the female fronted vocal structures, which vary between fierce screams and warmer, yet still feisty choruses. Similar structures are present on tracks throughout the record, including title track ‘A Shade Of My Former Self,’ and ’Heartless, Breathless’, two ballsy tracks that boasts a series of energy-fuelled riffs and dark percussion.

The Charm The Fury re-welcome a chilling instrumental half way through the record with ‘In The Wake Of Pride’, an interval inviting and reminding us that the band aren’t all about heavy riffs and fierce screams. The haunting ambience is reiterated and continues to boast the dark mood that ripples within A Shade Of My Former Self.

There is an aggression that oozes throughout the record, with each track emphasising sinister riffs; particularly ‘The Enemy’ which also features the ferocious roars of Jamie Graham (ex-Sylosis, now Heart Of A Coward frontman.) Elements of electro-metal are also experimented with in just the right proportions on the record, slipped into tracks every now and again; showcasing that The Charm The Fury know their genre inside out.

‘A Shade Of My Former Self’ is a record of aggression and boasts a series of haunting tracks that metal fans will appreciate. The Charm The Fury display a mature vision of their genre, taking all aspects and intertwining them to produce a strong debut full-length.

’A Shade Of My Former Self’ by The Charm The Fury is out on the 16th September on Listenable Records.

The Charm The Fury links: Website|Facebook|Twitter|Tumblr