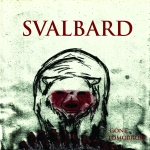 ‘Gone Tomorrow’ is the new 10” release from Bristol’s melodic, atmospheric hardcore band Svalbard; but we’re never ones to pigeonhole bands are we? Comprised of former members of bands such as More Than Life and Burning Skies it’d be fair to say that they’re no stranger to the scene. ‘Gone Tomorrow’ follows on from their self-titled EP released last year and contains four tracks which effortlessly blend atmospheric elements and post-rock à la Explosions in the Sky whilst seamlessly remaining true to their more hardcore roots.

Opening track ‘Melting Hands’ doesn’t get off to the best of starts and sounds a little muddled and confused, however after the two minute mark it finds its feet and really comes into its own; especially when the backing vocals really add to the track. When the track settles down and the more subtle nuances are allowed a chance to shine you can really begin to appreciate just how varied a set of influences a band like this has. There’s the more traditional hardcore sounds of heavyweights such as Modern Life is War which sit perfectly alongside nods in the direction of Touché Amore and Pelican. &amp;amp;lt;a href=“http://svalbard.bandcamp.com/album/gone-tomorrow” data-mce-href=“http://svalbard.bandcamp.com/album/gone-tomorrow”&amp;amp;gt;Gone Tomorrow by Svalbard&amp;amp;lt;/a&amp;amp;gt;

Second track ‘Never Look Back’ is a delay-heavy brooding number which opts for a slower pace but really builds towards the middle. At this point it verges deep into experimental post-rock territory and is very reminiscent of something out of Oceansize’s back catalogue. But don’t get too comfortable it’s straight back down to business to finish the track off; it leaves you with a feeling of wanting to uncontrollably punch the air

Closing proceedings is left to the darkest of the tracks on offer; ‘Leave It’. It really does sound like a heart yearning. It’s truly gut-wrenching whilst in a heartbeat you’d be on the receiving end of a throat punch. Lush layers of delayed guitar coupled with crushing bass and rhythmic, clever drumming really drive this track to completion. If you’re a fan of Converge then this is one for you! It does the job of closing off such a short release perfectly. It builds and builds and almost never wants to end, yet when it does you know that sadly that’s it over.

Svalbard have released an incredibly clever E.P here and are clearly not afraid of showing exactly what they’re made of. At the same time they cleverly combine typical hardcore sounds and generously add in the more thinking man’s experimental, post-rock and avant-garde elements to the mix.

‘Gone Tomorrow’ by Svalbard is out now.