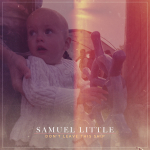 It is common knowledge that some life-events can can overwhelmingly affect the creativity of artists. In 2007, Biffy Clyro “capitalised” on the personal turmoil of lead-singer Simon Neil regarding the passing away of his mother to write ‘Puzzle’, their most emotionally-impactful, and critically successful, album to date. Thankfully, not all externally-motivated songwriting finds a prime mover in sadness, and there are examples of artists finding themselves revitalised by newly acquired positives in life. Samuel Little is such an example, and his new EP ‘Don’t Leave This Ship’ is his vehicle for hope, contemplation and, hidden-well, joy.

However, we’re not dealing with the sort of overbearing joy on display in his previous EP ‘Trust Me Something Beautiful Will Happen’, the one that could at times feel so oppressively artificial. He boasted sugar-coated tales of youthful sentiments, summer-fit chord work and a tendency for persistent optimism (I mean, just look at that EP title), but it was oftentimes difficult to discern a real honesty behind such grandiose loveliness. There is nothing illegitimate about that approach, but the present writer would argue that its impenetrable wall of joy was something of an obstacle to communicating genuine emotionality, an aspect necessary for any claim to audience/artist engagement. Samuel Little has, in that respect, righted his wrongs.

The most striking difference lies in the quality of his voice. There’s no denying the man already had some pipes back in 2010, but there’s a richer texture and a broader range here that truly elevates his work above anything he’s done before (his musical style, let’s be honest, isn’t of the most groundbreaking variety, making that difference all the more vital). On the mellow, acoustically-driven, opening track ‘Don’t Leave Without Me’ Little stretches what could’ve been a rather typical croon into a hypnotic vocal journey from timid softness to its explosive, throaty, finale (bombastic instrumentals galore!). ‘Bones’ is an otherwise more soothing affair. Little uses smooth low tones and merry chord progressions that would sound perfect soundtracking that perfect ‘wind in your hair in an open-top car, facing the horizon’ cinematic moment everyone wishes they could experience. The subject matter is rather more depressing, but Little refuses to indulge in overwrought sentimentality, suggesting through his consistently light instrumentals the need for an ever-positive outlook.

Closer to the ultra-poppy approach of his previous efforts, ‘When It Rains, It Floods’ is all about getting its listener snapping his and her fingers, clapping hands, nodding heads. It’s the sort of track that permits no frowns. Little doesn’t restrict himself to his comfortable acoustic zone, letting the rousing tracks come into their own with Tom Petty-style full-band instrumentals. If you need anything to drown your tears, look no further. Little doesn’t evade the dark places of life, he takes them full-on and dares himself and his audience to find a light and bathe in its joyous glory. Little closes with a still softer take on Blink-182’s dark classic ‘I Miss You’, his tangible emotionality bringing new life to  hit the heart of which sometimes finds itself forgotten, its overplayed status diluting its acerbic/melancholic lyrical dialog. Little’s powerful vocal work overshadows everything else, allowing the heart-breaking depth of the song to re-emerge.

Samuel Little has been gifted a daughter, and his thankfulness transpires through every word and in his ever-strong commitment to finding that silver lining. She is perhaps ‘the angel of his nightmare’, the unsuspecting muse for ‘Don’t Leave This Ship’, a gem of earnestness and melody that channels crippling emotions but also the desire to transcend the paralysis.

’Don’t Leave This Ship’ by Sam Little is out now on Working Week Records.