Album Review: Punch – They Don’t Have to Believe 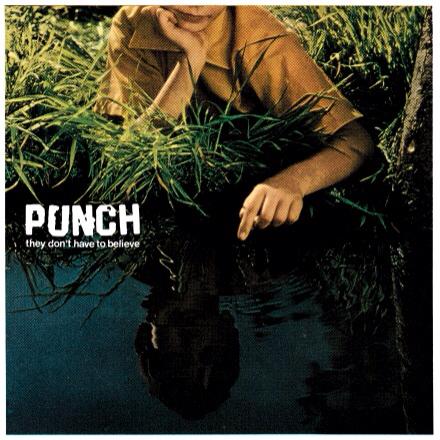 In relation to my previous review, it really grinds my skull when I come across a dull, slop of a hardcore band. So it was an absolute pleasure to listen to a hardcore record with the right balance of fury and passion. The third album by San Francisco’s Punch is a 20 minute wrecking ball of socio-political commentary. Compared to their blistering early work, ‘They Don’t Have to Believe’ shows the band at their most confident, focused, and most importantly, their most viscerally impacting. This is how a hardcore record should be in its purest form; no nonsense, just volcanically fuelled human emotions, hailing down upon the ignorant with rapid fire.

The most striking feature by the band is the seamless flow from d-beat blasting tempos to mid-tempo left turns. Songs like ‘Waiting Game’ gives you time to pick yourself up from a seizure after the pummelling temperament. The shorter tracks are the most deadly though; ‘Promises Kept’ leaves you with a fiery stitch, before being sent dizzily along screams and bass, until the final knockout  plants you out cold on the floor. Breakdowns thrive wonderfully on this LP in the most un-clichéd way as found on ‘Personal Space’, sweating all the ferocity out of it.

Lyrically, Punch are not only straight to the point on their subject matter, but Meghan O’Neil makes every word count with her screams. Take opening track ‘Worth More Than Your Opinion’ for example. It unfurls all the uncomfortable feelings that women face when harassed on the street by men into a rabid feminist bite back. Furthermore, the raw emotion displays an unapologetic honesty about the thoughts and feelings of a person in that situation. Do you recall Louie CK stating that “there is no greater threat to women than men”? Well, the situation conveyed in this song is accurate as to why that is certainly the case. It’s on point social commentary, screamed through raw anger, such as this which shows topics on political and societal issues should be given a damn about! That’s how relevant Punch are as a band; they are band which every person should listen to, regardless of taste.

Overall, ‘They Don’t Have to Believe’ is a fantastic example of how a straight-forward hardcore record should be. It’s visceral and unapologetic in its delivery and approach. The societal issues raised are relevant. On this LP, Punch are a band at their most confident, their most furious, and their most vital. Twenty minutes, fifteen songs, and a whole lot of pissed off emotion; regardless of what you’re into, this is a record you have to hear.

‘They Don’t Have to Believe’ by Punch is out now on Deathwish, Inc.