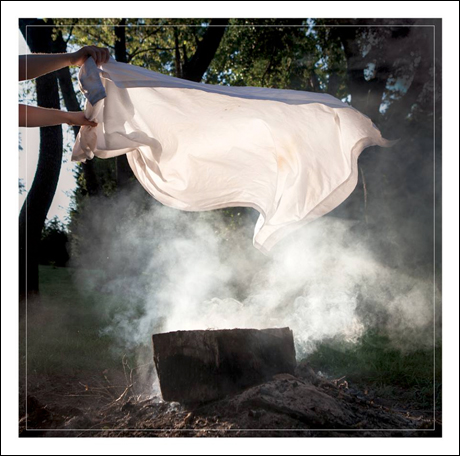 Back in 2009, I fell deeply in love with Pianos Become The Teeth’ ’Old Pride’. I loved the way with which they juggled heavy distortion and melody, I loved the agonizing despair in Kyle Durfey’s voice, I loved the chaotic intensity of the drumming, I loved it all. In 2011, I was further enamoured with ‘The Lack Long After’ and its heightened ratio of post-rock to post-hardcore. The fivesome seemed to have discovered the dramatic potential of injecting some space in their, previously, almost claustrophobic brand of high energy screamo. The first was like a distressed person belting morosity in a tight space, the second felt like watching someone in pain from a distance. As such, the first pushed, shoved, and perhaps forced me into living these emotions simultaneously to almost exhausting lengths, whereas the second drew my empathy out from a distance, allowing both a respite and a more thoughtful approach to Durfey’s sombre themes.

As a result, and unlike many others, news that ‘Keep You’ was to feature no screamed vocals actually did very little to put me off. Quite the opposite, in fact, as I was excited at the prospect of an even stronger injection of space in their formula, and of hearing how a more measured approach would affect their ability to convey the excruciating distress of their previous albums. The result is very different from anything they’ve done before and, though I found it inferior to anything they’ve done, it is in truth more than a mere dilution of those elements that made them stand out. The main distinguishing factor, as immediately displayed in opener ’Ripple Water Shine’, is a much greater clarity in sound, with every instrument afforded its fair share of space. ‘Old Pride’ and ‘The Lack Long After’ prioritized the overall effect of its sonic chaos, whereas ‘Keep You’, in its more prudent approach, favours the tones and textures of its instruments as a combination not a mesh.

There’s no denying, however, that a lot of Pianos Become The Teeth’s intensity has been lost in the process. One might suggest a certain coldness has set in. The emotions on display aren’t at boiling point anymore, instead feeling like those of the cooling aftermath, the moments of contemplation that follow the cathartic apotheosis. This will most certainly prove the stumbling block for many fans of the band, but those willing to stick it out should find themselves immensely gratified by tracks that find something of a middle ground, as is the case on album highlight ’Repine’ or slow-burning closer ’Say Nothing’.

Though not uniformly uninteresting, the lines between many of the album’s other tracks seem to blur and standout moments are few and far between. I’m left with a very real sense that Pianos Become The Teeth have a truly great album in them, along the same stylistic lines as this one, but that sort of quality only manifests itself in all too rare fits and bursts here. An album’s worth of ’Repine’’s would be more than welcome, but I’m left wondering if such a stylistic leap out of their comfort zone might’ve worked best as a tentative EP first, as a dipping of the toes.

‘Keep You’ by Pianos Become The Teeth is out now on Epitaph Records.