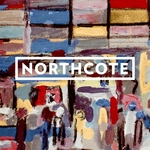 50% of my chromosomes originate from West London, the other half from an obscure village of winemakers in the middle of alpine Switzerland. The point I’m getting to is that my unusual combo of cultural heritage doesn’t encompass country music as that distinctive style that reminds me of home. Instead, I get garage and Alphorn. Yet I can never keep myself from thinking of a warm spot back home whenever I’m confronted with a great country song. There’s an ingrained nostalgia for somewhere precious and safe that I never fail to be overwhelmed by. My description gets a little thin at this point because Northcote is not a country-singer per se, but he successfully channels that same mystical power, that pleasurable coerciveness, to make people yearn for wherever they call home.

Northcote represents the combined effort of one man’s spine-tingling warm tones and his acoustic guitar (as well as a delightful cast of tasteful full-band additions). Together they have given birth to what should be legally enforced as the year’s official friends-and-a-fireplace album. It felt incredibly wrong to listen to this batch of great songs while not sitting on a rocking chair in an isolated, creaky yet secure, cabin amidst a crisscross of pines and snowflakes. The focal point, from the album’s opening to its last notes, is Goud’s great tenor presence. When the quality occasionally drops (for reasons of repetitiveness more than lesser songwriting), his warm and hearty voice is always on top of things, keeping the track afloat.

The best moments, however, don’t come courtesy of simplistic scruffy-bearded indie hunk with a road-worn guitar clichés, but when he makes full use of the possibilities of a full band. ‘Burn Right Past Them All’ is a melancholy tune that starts with the bare minimum of Goud’s touching verses and hopeful choruses, but it’s given extra emotional depth with some deep and mellow horns, and eventually builds up to a cracking finale of crashing cymbals, unintrusive electric guitar licks, and the now prominent horn section. ‘Hope The Good Things Never Die’ channels some of that Springsteen thumping drive (and more of those tasty horns… I cannot get enough of those horns), with hints of that soft classic rock in accompanying guitars.

‘Knock On My Door’ is evidence of the man’s versatility. It’s generally more soulful than the rest of his catalogue, so much so that even its minimalistic, delicate, semi-solos seem peacefully distracted. ‘Speak Freely’ treads somewhat too close to Bon Iver territory with its excessively-laden falsetto background voices, but Goud differentiates himself by actually singing words normal people can distinguish, but also by going straight for the heart strings. Sure, he’ll fall short of affecting sentiment on occasion, but most of the times he hits just right, and everybody’s Christmas would be the better for it playing on their stereos.

‘Northcote’ by Northcote is out now on Xtra Mile Recordings.