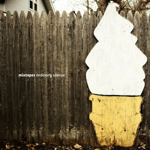 If you haven’t listened to Mixtapes before; now’s the perfect time. With the weather as amazing as it is at the moment, it only serves as a perfect accompaniment to the bands new record ‘Ordinary Silence’. Having only released their debut ‘Even On The Worst Nights’ last year, this is somewhat of a quick comeback for the release of their sophomore effort; but thankfully, it does not at all sound rushed.

‘Ordinary Silence’ is by no means a massive departure from their debut release and it’s somewhat comforting here; the summery pop songs are just what we come to expect from the band. The indie/pop-punk band continues to deliver incredibly catchy songs – it’s hard to avoid singing along loudly, even on the second listen. It becomes one of those records that you almost know all the words to before you’ve had a chance to listen to the record properly.

Moreover, what is most impressive about Mixtapes is that they find the right balance between having pure and unabashed pop songs as well as having refreshingly honest and mature lyrics. It might sound silly, but there are plenty of bands out there who can’t have both great pop songs and great lyrics. The sound of the band only reinforces the raw, relatable heartfelt lyrics that as a listener, even if we don’t realise it – we crave to hear.  There’s something special about hearing lyrics that are so deep and personal; it’s much easier to connect to a band that way. In all honesty, there are few bands that can provide that feeling, but Mixtapes are damn sure good at it.

The Ohio based band kick things off immediately with ‘Bad Parts’ and you can immediately feel a connection to this band; lyrics like “It’s time we stop saying why and make it fucking happen” create a positive energy and a mental kick up the ass; it’s just a fantastic start to the record. Whilst the positive energy is kept up throughout, it often at times feels a little long. It’s not as long as their previous record at 16 tracks, but 14 can be a bit tiring. However, this isn’t a completely bad thing; they clearly show they work hard for what they have and put in 100% effort and this is only shown by the length of the records.

It’s ridiculously hard to pick any outstanding tracks on this record; the important thing here is that each song evokes a feeling of passion and excitement – this is exactly what is great about listening to punk rock music.

It’ll be interesting to see how the band will continue to grow in the future; with just a couple of albums behind them, they show an incredible amount of promise.

‘Ordinary Silence’ by Mixtapes is out now on No Sleep Records.