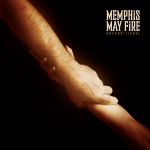 It’s always a little odd how greatly the sound of bands from the same genre, but different sides of the Atlantic, can differ. Take Metalcore for example, by comparison British bands tend to sound like the chunky, less eloquent and more socially awkward cousins of their peers stateside. US bands just seem to have a knack of making the genre sound more refined, artful, cooler, even sexier if you want to look at it that way. And about the most prominent of the current American crop are Dallas Texas’s Memphis May Fire, who this week return with new album ‘Unconditional’.

Purist fans of the genre will likely dismiss Memphis May Fire as pedalling Metalcore by numbers, sticking unwaveringly to the same tried and tested formula. And it is a tad tricky to argue with that based on the evidence of ‘Unconditional’. There are times when it is a little too predictable just when a breakdown, raging scream or big time androgynous sounding vocal is going to drop. That said it doesn’t make this a bad album, far from it. And for a band doing their level best to make their genre accessible and appealing to the masses, it isn’t something that can entirely be criticised.

Memphis May Fire’s strongest feature has always been the versatility and sheer ability of vocalist Matty Mullins, and that is no different here. Whether it’s letting rip with a snarling roar or nailing a pitch perfect melodic chorus hook, Mullins can change direction and style in a heartbeat and have his vocal still be right on the money. Some may find some of the more heavily bible bashing aspects of Mullins lyrics on ‘Unconditional’ (and there are quite a few) not to their taste, but even for the massively anti-religious types this doesn’t detract from the enjoyment of the record at all.

Musically things are as tight as you would expect, with just enough sense of theatrics and drama provided by string and electronic elements thrown in alongside the usual chugging riffs. The pace of the songs is nicely mixed up too, with the band having enough of a sense of melody and confidence in Mullins’ vocal talents to pull off the slower numbers with more panache than many of their peers.

Overall ‘Unconditional’ is a solid, if not entirely inspiring effort. Although unlikely to win over too many new fans to Memphis May Fire’s well established fan base, there is plenty to like and anyone who likes their rock nice and heavy should find something to enjoy on this record.

‘Unconditional’ by Memphis May Fire is out now on Rise Records.