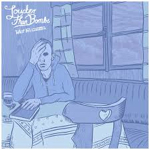 Do you like Hot Water Music? Do you like all those bands who sound like Hot Water Music? Are you burnt out with gruff punk yet?  Well, I was burned out with it well and truly. That is, until I heard ’What Resonates’ by Louder Than Bombs. I’ll be the first to admit it isn’t anything we haven’t heard before, it wont be winning any awards for most original record of the year either, but what it does, it does extremely well. It just so happens that I’m a sucker for this style of punk; it always manages to drag me in and grab my attention, even though I know exactly what I’m going to get.

What Louder Than Bombs have done on ’What Resonates’ is formulaic sure, but they just do it so well. The tracks hang around the two or three minute mark, so they never outstay their welcome and feel tiresome. ‘Banish’ is a perfect example of the band at their peak. It pounds along creating a murky soundscape with throat tearing gruffness to the vocals and it’s just everything about the genre done right. Other standout tracks are ‘What Resonates’ ‘Tense’ and the brilliant ‘Wake Up With Your Throat Cut’ all of which show the band working as a cohesive unit to make honest driving punk rock.

Overall Louder Than Bombs have shown that there’s still a bit of life in what is seen by many as a very tired genre. Still no doubt they will get the recognition they deserve, most bands who work hard do. I’d urge you to check Louder Than Bombs out and certainly this new record when it drops later this month.

‘What Resonates’ by Louder Than Bombs is out on 23rd April on South Division Records.