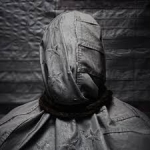 Since they exploded the senses of the world with their third effort ‘Fake History,’ the alternative press and crowd have kept a fixed eye on letlive.. Call it hype if you will, but this has certainly been justified. An ecstatic live presence full of anguish and tight musicianship paints a clear picture on one’s mind. Now releasing their fourth album, entitled ‘The Blackest Beautiful,’ it is assured that the band continue to cement a solid delivery in songwriting.

The Los Angeles post hardcore crew have truly bettered themselves compared to their last output. This reviewer could end this review right here, and urge you to check it out now, but here are the details. Like their influences, the band has a knack of shifting styles in each song. Whereas in the past this has been done well, they’ve now learned the skill to balance the scale and make these dynamics flow with ease. Vocalist Jason Butler certainly dominates as he transforms from fiery screams to soulful croons. All the while credit has to go to the tight professional skills displayed by the guitars, bass, and drums, especially the drums.

Examples can be selected from the following. As previously stated, the percussion is a definite highlight of the LP particularly on ‘That Fear Fever’ and ‘Dreamer’s Disease;’ this slams the foundations of one’s ears. ‘White America’s Beautiful Black Market’ displays a homely crafted soulful groove, ‘Virgin Dirt’ flows on soft bluesy channels, and ‘Pheromone Cvlt’ has a dazzling electronic feel to it. The first two tracks, ‘Banshee (Ghost Fame)’ and ‘Empty This’ are quintessentially letlive. but to ten times the level, as they shift from rage to refrain without a droplet of sweat. The definitive song of ‘The Blackest Beautiful’ certainly belongs to last track and 7 minute epic ’27 Club’ which continues the aforementioned shift in dynamics but with a sense of pendantacism from Butler.

Two things should be noted which help the delivery of ‘The Blackest Beautiful.’ The first being the use of backing vocals which help to harmonise the melodic choruses on display here; the aforementioned choruses are the second thing. One trait that has been missing from the band’s live shows is that very few of their songs have had huge choruses in the past. Such a factor becomes common here, which gives that extra edge needed.

All in all, letlive. have successfully bettered the critically acclaimed ‘Fake History.’ They’ve focused on their best skills, and upped the ante refining and adding elements such as huge choruses. Tight musicianship and a firm grip on shifting emotions in songs themed with iconography and culture allow for a strong delivery that fits like a glove. If there was one criticism it would be the band have not yet reached the ground breaking status of their influences i.e. Glassjaw, Refused, Nation of Ulysses etc. but they have a honed edge which copycats lack.

‘The Blackest Beautiful’ by letlive. is out on the 9th July on Epitaph Records.