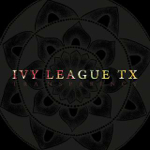 For a relatively unknown band, Ivy League hold a lot of promise. After their last EP was relatively well received stateside, Ivy League chose Paul Miner (Thrice, NFG producer) to help produce their full length. With their debut album ‘Transparency’ about to be released in the UK, the Texan pop-punkers are ready to stake claim amongst the over-saturated pop-punk scene.

While officially described as pop-punk, ‘Transparency’ mixes styles, often drifting into post-hardcore territory. Ivy League’s sound is essentially Title Fight meets Saves the Day’s ‘Under the Boards’, which is by no means a bad thing. Despite these comparisons, it would be wrong to assume Ivy League are a simple carbon copy of better bands, as ‘Transparency’ holds merits all of its own.

With catchy riffs and tight melodies, ‘Transparency’ is sharply produced yet still retains a grungy vibe. Opener ‘Canopy’ sets the tone of the album off the bat, declaring “I held onto hope, I had to learn to let it go, this black cloud’s my canopy”. Helplessness and inadequacy are recurring themes in this album, and some of their lyrics hit Basement-style levels of depressing. Fixing mistakes, broken relationships and emotional crisis are all explored frequently.

‘Transparency’ features some above-par tracks, ‘Losing Sleep’ boasts a killing opening riff and screaming vocals, while ‘All My Skeletons’ features a guest spot from Jason Butler of letlive. which gives this penultimate track an extra edge. Stand out track ‘Void’ draws parallels with Title Fight’s ‘The Last Thing You Forget’ in parts. There’s no doubt Ivy League are talented, though sadly this album doesn’t quite meet the high expectations expected of them.

The main drawback of this album is that it sounds a bit samey. All of the songs are fairly similar; both in terms of style and content, so that even after repeat listens it’s still hard to differentiate between them. Eventually the depressing lyrics begin to sound like a one-man pity party and it grows tiresome.

‘Transparency’ holds a lot of promise, but it just lacks the wow factor to separate Ivy League from the crowd.

‘Transparency’ by Ivy League is out August 5th via Fist in the Air Records.