Album Review: Intervals – A Voice Within 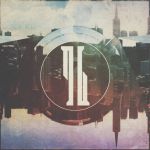 If there is one musical contradiction that is difficult to explain, it’s the ability of a band with little musical ability to become great or hugely successful, while a band made up of musicians with insane levels of technical ability never quite click or hit the big time. Disappointingly Canadain prog-metallers Intervals appear likely to fall into the latter category, at least on the evidence of their debut album ‘A Voice Within’ that is.

Just a few tracks in and it really isn’t hard to notice that the band started out as a purely instrumental act, at times the instrumental tracks appear so busy and excessively intricate that the vocals are made to feel like an afterthought. Indeed on the vast majority of the nine tracks on offer, it sounds like the various musicians are trying so hard to show off their technical abilities that the overall sound comes across as self-indulgent and a little soulless.

It’s strange that a band with so much evident skill haven’t made more of an effort to mix up their guitar tones and riff patterns; the first four tracks all sound completely identical, barrelling along at a thousand miles an hour with interchangeable guitar shredding riffs. This makes it difficult to connect to the record and fails to allow the tracks to differentiate themselves from each other.

The times when ‘A Voice Within’ really shine is when Intervals occasionally take their collective foot off the gas and slow things down. These brief periods give a glimpse of the band’s knack for creating seriously lush and expansive soundscapes, giving each instrument the time and room to break out on its own and show off the talents of all involved in a clearer more though out and organised way.

There really isn’t anything bad about this record at all, the musicianship, as already mentioned, is stupidly tight, and the production does a good job of making everything sound crisp and clear, it’s just a difficult record to connect to and one unlikely to live long in the memory.

It’s difficult to really see Intervals as anything more than intricately constructed and energetically performed background music. It’s enjoyable enough to listen to while doing something else, but lacks that certain spark that makes ‘A Voice Within’ an album that never quite manages to grab and hold the listeners undivided attention.

‘A Voice Within’ by Intervals is out now.