Album Review: I, The Writer – The Prisoner’s Dilemma 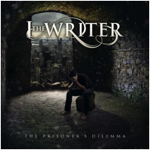 Melodic metalcore is certainly a sub-genre that many would consider over-saturated, or at least difficult to innovate within. Despite that, the genre is still thriving, and up and coming bands are never hard to come by. I, The Writer are one of such bands, freshly signed to self-made records after their successes playing with bands such as Being As An Ocean and Napoleon. The London six-piece’s latest release and debut full length is entitled ‘The Prisoner’s Dilemma’.

This album has everything you would expect from a band of I, The Writer’s ilk: breakdowns a plenty, sung choruses, sub-drops used as shorthand for a signal to mosh, electronic interludes and of course, a spattering of cut up vocals. These can all be good features or bad depending on what you’re looking for; if your iTunes library reads like Rise Records’ current roster then this will be another welcome addition, no questions asked, but if the current wave of metalcore doesn’t appeal to you then this album won’t change your mind since I, The Writer execute the tropes of the genre by numbers and it makes it a difficult listen to engage with from the outside.

However, that’s not to say that the album has no saving grace for those who aren’t the usual metalcore fan to take the time to listen to it. Between the beatdowns (of which there are many) the more ambient electronic sections peek their head into the mix and bring to mind ‘Hollow Crown’-era Architects or The World Alive, particularly the track ‘…Falling To Pieces’ which in its more climactic sections places keyboard much higher in the mix and provides a very effective ambience.

In terms of production, this album can’t really be faulted. It does everything that it needs to, placing guitars at the forefront and keeping to a strictly quantised rhythm, with the kick drum matching the guitar essentially note for note, in order to establish the controlled chaos that is so familiar in metalcore. Title track ‘The Prisoner’s Dilemma’ is produced particularly well, which is helped partially by the nature of the track being an interlude, as it features a great deal of intertwining instruments in the mix that build up without seeming grandiose, and even manages to make down-tuned chugging sound elegant.

As a whole, this album has nothing about it that could be considered particularly bad. It’s really quite inoffensive in its portrayal of heavy music, leaving (for myself) little to engage with beyond some nice flourishes in the mixing of the more ambient sections. As such, unless you’re a diehard metalcore fan then it’s probably worth missing.

‘The Prisoner’s Dilemma’ by I, The Writer is released on the 19th August on Self Made Records.

I, The Writer links: Facebook|Twitter|Tumblr