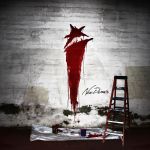 I’ll have to admit something first, I have been sent bands in the same vein and sound as I See Stars before and I have refused to review the album. Obviously when I was sent this album to review I was apprehensive and not at all comfortable but I have to say I enjoyed it weirdly.

The band have of course had mix reviews with previous albums, fusing electronic sounds and beats with hardcore; it is a sound to be desired by many. Deciding to take their time in making this album (nineteen months) it has paid off quite well for the band.

‘Initialization Sequence’ starts the album off with what is described as a kind of sound test. Leading straight into a bouncy intro it soon enough explodes into ‘Ten Thousand Feet’ with plenty of guitar breakdowns with Zach Johnson’s guttural screams coming through and Devin Oliver’s high clean vocals, it sets the tone for the album.

The electronic, and at times, dubstep whomps are all hear and pumped into most of the songs on the album, instead of being obscure and standing out they blend into the songs well. Halfway through the heavy riffs of ‘Follow Your Leader’, the dubstep sound comes in to then lead into a catchy chorus and finish on an electronic dance beat.

‘Violent Bounce (People Like You)’ is a song pretty much packed with electronic beats and sounds as they weave in and out of the heavy breakdown riffs. This is what a Pendulum song would sound like if they added some screams and added some heavy guitars. ‘Judith Rules’ and ‘Crystal Ball’ are of the same sound with electronic beats and dubstep drops it cleverly blends into the song well.

It has to be said with bands like Asking Alexandria, Blessthefall and The Word Alive out making a success for themselves, I See Stars have stepped into the arena and are looking strong and confident with this album. If you like I See Stars you will love this album, but if your abit unsure on them, give it a listen and it may grow on you.

‘New Demons’ by I See Stars is out now on Sumerian Records.