Album Review: Hindsights – The Thoughts That Weigh Me Down 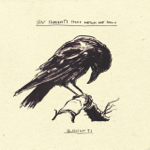 Hindsights’ ‘The Thoughts That Weigh Me Down’ is one of the first releases from the brand spanking new Oxford label Beach Community. Put simply, if they can maintain this quality across their catalog, they won’t go far wrong.

The EP opens with the masterfully atmospheric ‘Grey’, a track that truly does its job of setting the tone. There’s a desperation to the entire piece – vocals begging, guitars soaring, ‘Grey’ tears along gorgeously. ‘Heavy Head’ provides more of the same feeling, with a big chorus that I’m sure will find itself shouted back in live settings. To be honest, there aren’t too many sections of ‘The Thoughts That Weighed Me Down’ that miss that quality. There’s something arresting about the ways Hindsights move through their music, something touching that will have the toughest of the tough guys singing along.

The Thoughts That Weigh Me Down by Hindsights

To pick a complaint purely for the sake of avoiding looking a sap, I’ll point out that there isn’t an over abundance of variation throughout this EP – there’s some, and it’s only five tracks long so, y’know, leave it out – and given the shortness of some songs there can be some blur between the tunes.

That said, ‘The Thoughts That Weight Me Down’ is five tracks of wonderfully crafted emotional music with all the peaks and troughs of life as a 21st Century human being. From the opening to beauty of ‘Grey’ to the crushing end of ‘Daydreams’ this EP is a joy to behold. There are plenty of lazy parallels to make a moments throughout – once or twice Title Fight popped into my mind, another couple brought up Basement, and all throughout there are hints of the emo greats – but, as I’ve mention, these would be lazy parallels. Hindsights have produced a record that reminds of the greats not because it steals from them, but because it greets them at their level.

Expect big things from both this band and this label. Everything looks fantastic for them right now.