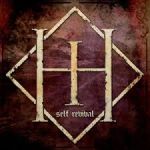 This album is so painfully dull it took me three attempts to listen to it the whole way through without losing concentration. I’d rather watch Dynasty for 12 hours than listen to this again, in fact I paused it at one point to hoover instead. It’s bland as they come.

It’s hard to make a brilliant album and easier to make a terrible one, but ‘Self Revival’ lands squarely in the land of blah – which is some feat. High Hopes’ ‘Self Revival’ isn’t bad, it’s just soul crushingly boring. Consisting of ten tracks of dull screamy-metal, it also has an unoriginal piano interlude in the middle as a bridge (or padding) between the two parts, it’s tediously predictable. There’s no wow factor, nothing to make you want to listen again.

Musically High Hopes sound like Your Demise did before they decided they wanted to be a pop-punk band and then split up. High Hopes label themselves ‘melodic metalcore’ but there’s nothing melodic about this dirge. Despite insisting that ‘Self Revival’ claims to be ‘rammed with subject matter that will resonate with many’, however this album is so unbearably tedious I couldn’t possibly say what was meant to resonate.

There are no standout moments and no redeeming lyrics, just endless screaming and riffing with a few tired gang vocals and breakdowns in an attempt to break the monotony. There’s also a chanting bit at the end of ‘The Balance’ where singer Nick Brooks sounds like a cat coughing up a hairball, which is probably the most interesting part of the whole album.

The fact that I struggled to scrape together 300 words about ‘Self Revival’ says it all, a nothing album of which there’s little point in wasting time listening to. I’d rather have a nap.