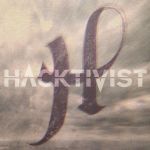 Having heard of Hackitvist from their cover of the track ‘Ni***s In Paris’ and hearing their unique twist on it, getting this review was welcomed with opened arms.

Describing their sound as a love child of Enter Shikari and ‘Hybrid Theory’ era Linkin Park isn’t justification enough as these aren’t the core influences of Hackitivist. Rooted are heavy hip-hop and grime influences credited to the style of lyrics with rap/spoken verses combined with strong Metal and Djent elements, and Hackitvist have already found a niche sound that is hard to describe ‘as sounding like’ but it’s roots are easily distinguishable.

Considering how much style is going on the actual music itself is fairly simple and easy to break down. Heavy downtuned guitars provide the droning chugging behind a bouncy blend of up-tempo drumming. The guitar tone has this ‘epic-egyptian-echo’ that a lot of Djent style bands use, being popularised by Sumerian Records Djent/Deathcore/Progressive style bands in the
vein of Born of Osiris/Veil of Maya this has become a staple sound that creates
groove and heavy layering.

Provided on this mini album is 6 songs, 2
remixes and a live version of one of the tracks. Intro track ‘New Age’ sets the pace for the EP for
this unwieldy but versatile band. ‘Blades’
a stand out track starts with groove filled breaks which pummel for around half
the song leading into half time breakdowns layering over fast rapping which is
slick to say the least. Finisher ‘Elevate’
brings home ‘EP+’ with more of the
same in the way of chugging guitars interchangeable raps spoken verses and
lightly sung highs, which is enjoyable.

The remixes present doesn’t really bring anything original to the table but do provide a change of pace Shikari Sound System adds their signature electronic/dubstep sound to ‘Elevate’ and the chorus in particularly showcases this but loses its groove filled pace. NDread MUD adds a liquid dubstep flavour to track ‘Unlike Us’ and while it has a catchy beat, the production chops up the track too much and loses to rhythm to be enjoyed throughout.

Appreciating what Hackitivist are trying to achieve and constructing with their sound is something that is always welcomed, however the EP overall is very linear with the constant chugs, flowing raps and mood. This does mean by the end attention levels dwindle and everything starts merging together leaving an unpleasant taste, which is a shame. With that said with new releases and band growth, Hackitivist could fast be the link between heavy music and the intense lyricalism of rap and hip-hop.