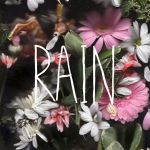 At a recent gig yours truly attended, the frontman of UK hardcore band Bastions said, “People tell me that the UK scene is dead, I tell them to fuck off”. Certainly a strong statement, the existence of bands like Goodtime Boys can cause the conviction behind such weighty words. It’s been a long time coming for the quintet having formed back in 2010, but their debut (proper) full-length (as in, not a double EP like ‘What’s Left To Let Go’) is finally emerging – on the legendary label Bridge Nine, no less – and proves well worth the wait. While the Cardiffians (the band hail from all corners of the UK, but Cardiff is “base camp”) take a line of influence from their American post-hardcore brethren (La Dispute, Touché Amoré and Pianos Become The Teeth in particular), they come into their own on this record – this may just be the album that proves the rumours of UK hardcore’s demise have been greatly exaggerated.

Aptly, given the record’s title, proceedings begin with ‘Washout’, and it becomes clear that the titular ‘Rain’ is not a Bickle-esque one, but describes the album’s themes of cleansation and catharsis, as vocalist Alex Pennie explores an overriding arc of loss. Following the aforementioned introductory, stage-setting piece, Goodtime Boys charge into ‘Wallflower’, a song that infuses all the elements that have made post-hardcore so formidable over the past 4 years, and adds the textures, layers and nuances that betray the work of UK uber-producer Lewis Johns, who has recently become a full member of Goodtime Boys on guitar. ‘Doubt’ continues the record in fine fettle, with relentless pace and fiery passion in Pennie’s vocals, the latter sounding better than ever before on this record.

The good times (see what I did there? Wink wink, nudge nudge) keep rolling with ‘Life Moves’, particularly notable for its evolution into a These Arms Are Snakes-esque bridge before breaking out into the massive chorus – certain bands of their ilk have become far too safe and predictable, but moments like this exhibit the trump cards Goodtime Boys hold up their sleeve. ‘Dandelion’ brings a phenomenal run of tracks to a close, but even the less remarkable moments such as ‘Hypocrisy’ still cause the jaw to become slightly unhinged from one’s face, as squealing guitars close out this thunderous number. The band’s newest recruit (alongside the aforementioned Johns) Casey McHale (awesome name) on drums combines wonderfully with long-term bassist Leigh McAndrew on ‘Moral Decay’, the rhythm section coming to the fore before the song blossoms into an ecstatic finish, rounding off the mid-section in sublime style and setting the scene perfectly for a strong finish, following short instrumental ‘Daydreamer’.

‘Folsom’ is just as good a snapshot of what this band represent as any on this record, albeit exhibiting Goodtime Boys at their most melodic. Short but sweet, whilst a standout track on its own (as most of the material present is), it and penultimate track, the gorgeous ‘Newspaper Sky’, is rather swallowed up into the shadow of ‘Rain’’s monolithic pièce de résistance closer, ‘Downpour’. If you’ve been a follower of this vein of bands for its duration, you may remember the monumental impact ‘Cowardice’ by Defeater had – this is a serious contender for its Emotional Heavyweight Champion Of The World crown, as all the elements that have made this album a true delight to watch unfurl amalgamate in the most glorious of fashions. A devastating end to a superb record, Goodtime Boys have here realised their enormous potential and created what might be the UK’s greatest contribution yet to the annals of melodic hardcore. If the scene is indeed dead, then call these gentlemen Lazarus.

‘Rain’ by Goodtime Boys is out now on Bridge Nine Records.